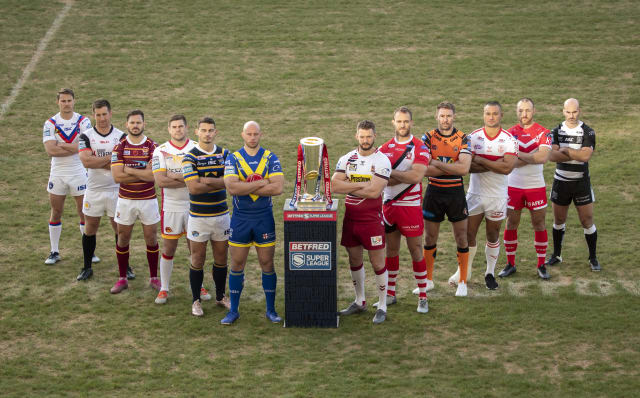 New St Helens coach Kristian Woolf admits the reigning champions need to repeat their 2019 title triumph if they are to be considered a truly successful club.

The Tongan boss has taken over from fellow Australian Justin Holbrook at the Totally Wicked Stadium, where he will oversee the start of Saints’ title defence against Grand Final runners-up Salford next Friday.

“I think real success is longevity and that’s what we need to aim at, to make sure that last year wasn’t just a one-off and that we’re right at the top of the competition  again this year,” Woolf said.

“We’re going to be judged on a number of years rather than just one.”

St Helens full-back Lachlan Coote, who added a Super League ring to his NRL title in his first season in England, echoes his boss’s sentiments.

“This year is going to be a different year,” he said. “If we’re going to consider ourselves a great team, then we have to uphold that standard and go again.

“There are a lot of quality players that have been signed to different clubs so there’s going to be stronger squads that we’re coming up against.”

Saints are the only club not to have added to their squad, in sharp contrast to their main rivals, a factor Woolf is acutely aware of.

“The competition as a whole is going to be a lot stronger than it was last year,” he said.

“If you look at what clubs have been able to recruit, Wigan are going to be a lot stronger with George Burgess and Jackson Hastings, Gareth Widdop and James Maloney are certainly going to improve Warrington and Catalan.

“Hull FC have made a number of recruits and guys like Manu Ma’u and Mahe Fonua I’m very familiar with through my connection with Tonga so I know they’re going to help that club considerably.

“It makes it a bigger challenge, every week you are going to have to be at your best or very close to it.”

Warrington coach Steve Price also believes the number of high-profile recruits will make 2020 the  most competitive seasons ever.

“I feel Leeds have recruited quite well and Hull FC have brought a good quality players to Super League,” he said.

“Wigan and St Helens have got a lot of depth and a really consistent style of play but I feel across the board the Super League level will improve, which is great for our game.”

The Wolves lifted the Challenge Cup in 2019 but fell away badly in the league, losing eight of their last nine matches.

“I’ve got my reasons why I felt that happened last year but it’s a new season and new beginnings,” Price said.

“We’re a club that sets out to win trophies and it’s no different this year.

“There is lot of hard work to be done. You need to be playing really good football at the back end of the season and you need a lot of luck.

“We’re confident if we can play to our strengths and play a bit more rugby at times it will set up in good shape going forward.”