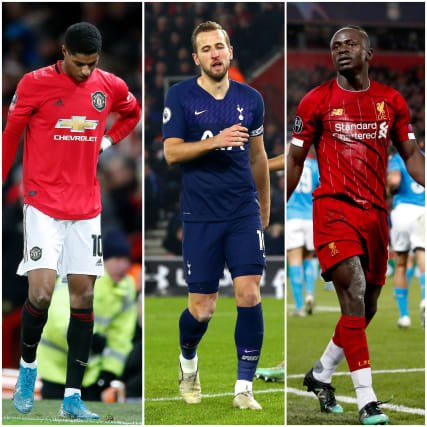 An expert in injury prevention has called on football administrators to look again at the fixture calendar, saying players at all levels need to be treated as “people before athletes, and athletes before commercial enterprises”.

Jamie Salter, a lecturer in coaching sciences at York St John University who advises athletes on reducing injury risk, believes something has to give, and has called for the sport’s bosses to consider alternatives to FA Cup replays, two-leg Carabao Cup semi-finals and the new-look Club World Cup.

Liverpool forward Sadio Mane became the latest high-profile Premier League player to succumb to injury within the last month, after suffering a hamstring problem in the Reds’ win over Wolves on Thursday night.

Mane has played almost non-stop football since the summer of 2017. He featured in the 2018 World Cup for Senegal before starting 35 of Liverpool’s 38 Premier League games in 2018-19, plus all 13 matches in their victorious Champions League campaign. He then played six matches for Senegal at the Africa Cup of Nations in their run to the final, finishing on July 19 last year.

He was back in action for Liverpool by August 9, and has started 21 of Liverpool’s 23 Premier League matches this season and all six of their Champions League group games.

Salter told the PA news agency: “Anything that protects the players is a good thing – they are people before athletes, and athletes before commercial enterprises and sometimes we get it wrong.

“We want to put these guys on TV at every hour of the day and market them worldwide, but actually they are people and they are suffering as a result of this.

“Strength, speed or power is often inhibited for up to three days after a match, so if you’re consistently playing within three or four days then of course you’re going to place your body under increased stress or risk.”

The long-term future of FA Cup fourth-round replays is sure to be in the spotlight next week, as they could cost some Premier League teams their scheduled mid-season player break in February.

Salter also suggested that the extra game created by a replay is a difficult one for smaller clubs to handle in terms of player recovery, despite the financial benefits.

“Maybe there’s something that goes back to the organisers of the tournaments to go back to how the initial rounds are done, and what can be done about the distribution of finances, so that (scrapping replays) doesn’t negatively impact smaller clubs,” he said.

“The lower-ranked clubs, they have to play a huge amount of games and they have less staff to deal with the players and provide the quality of recovery that the elite players are getting, they have a smaller playing budget to deal with injuries.

“For the smaller teams cup replays are a double-edged sword because they have to then sacrifice something in the league, because they can’t do both.”

The Carabao Cup semi-final becoming a one-off match, possibly at a neutral venue, was “a perfect example” of a change which could be made that would lessen the workload on players and on the Club World Cup, due to be played in the summer of 2021, Salter said: “That’s just going to further reduce their recovery time.

“Clubs in rugby do tend to have two or three months off season, so those players go into the season fully prepared for what’s coming.

“If you’re a footballer you only maybe get a month or six weeks off at the most, and if you start eating into it by a couple of weeks with these types of tournaments it is going to further complicate what happens.”

England forwards Harry Kane and Marcus Rashford have also suffered injuries which have effectively wiped out their club seasons, and Salter believes an over-reliance on these star players could be behind it.

“They will fully know the status of their players – their physiological data, the distances covered, their recovery from the previous game – but they may not be able to do much about it,” he said.

“If you don’t play Harry Kane and you need to win that game, who do you put in place of him? Tottenham at the minute don’t have someone to step into that role and do as effective a job, and probably Manchester United the same with Rashford.

“The manager is probably fully aware that the player is on the limit, but where do they go?”