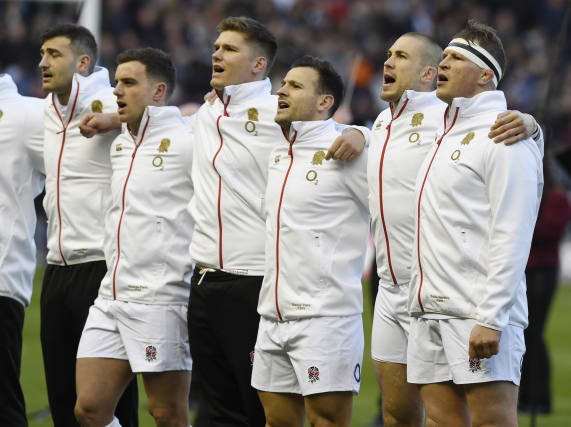 England enter the Guinness Six Nations with a united squad after addressing any grievances over Saracens’ salary cap scandal, described by Jonny May as the “elephant in the room”.

All 34 players gathered in the dining room at England’s Algarve training base to clear the air in the wake of revelations that Saracens have exceeded the limit for player wages in five of the past seven seasons.

The Premiership and European champions are to be relegated at the end of the season for breaching the £7million limit for 2019-20, raising the prospect of influential stars such as Owen Farrell, Maro Itoje and Mako Vunipola being the subject of ill will from their international team-mates.

But at a 30-minute meeting attended only by players – Jones and his coaching team were excluded – the seven-strong Saracens contingent were reassured there were no grudges.

“The tone was that there is obviously an elephant in the room so let’s just have a quick chat about it or however long we need to talk about it,” May said.

“From what I have seen all the players are fine. Nobody needs to be worried. They are going to get a plan in place.

“I’m sure the Saracens players will turn it into a positive no matter what happens. Those are the sorts of guys we are talking about.

“We reinforced to them that they have got our support, nobody thinks badly of them and nobody judges them.

“We are here so it is worth addressing because it is quite disruptive what’s gone on. It’s been huge.

“It’s worth just knowing the Saracens guys are going through a tough time. No one here is judging them and no one thinks much about it other than they are great players and we are pleased to have them here.

“I guess if you were involved in it you would be thinking, ‘God what do these guys think of me?’. That’s never the case. It’s always worse in your head than it actually is in reality.

“It’s probably more for them, just going, ‘you know what guys, this is not a big deal for us. You are great players and we’re really pleased to have you here, anything you need from us, we are your team-mates and we will support you.”

England’s new forwards coach Matt Proudfoot, linking up with the squad for the first time, echoes May’s view on the impact Saracens’ ‘financial doping’ has had on the squad as they begin preparations for the Six Nations opener against France.

“The players have had a chat. It was players only,” said Proudfoot, Steve Borthwick’s successor as forwards coach.

“I’m new to the camp, but from a coaching perspective the interaction between the players has been really good.

“I’ve been trying to forge relationships with the players and been watching them sitting around the table talking and having banter.

“They’ve been very jokey like any rugby players are. I took that as being very positive.”