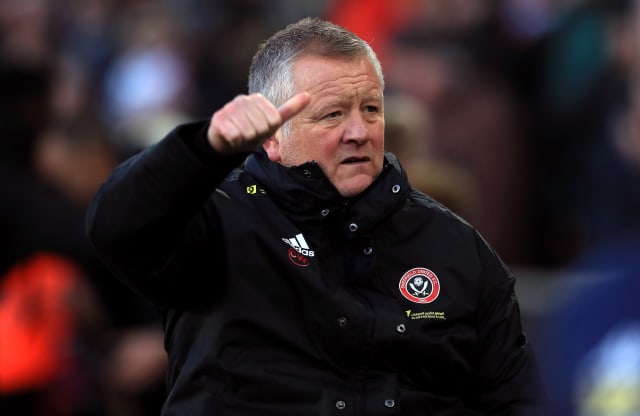 Chris Wilder thinks the time might be right for Sheffield United to have a run in the FA Cup, with the club closing in on securing their Premier League status.

Wilder has been disappointed by his record in the cup since becoming Blades boss in the summer of 2016 – none more so than last year when his side were knocked out at the first hurdle by non-league Barnet at Bramall Lane.

Four-time winners United reached the fifth round in 2018, losing to Leicester, but during Wilder’s spell in charge promotion – first from League One and then the Championship – has been the priority.

This year, the FA Cup might have taken a back seat to Premier League survival. But there are no such worries on that front. The Blades have been the surprise package of the season. Many tipped them for an immediate return to the Championship but the club’s first top-flight campaign for 12 years has been a resounding success to date, with the side currently sitting eighth in the table, one point behind fifth-placed Manchester United.

Survival was the aim following promotion but one more victory would move Wilder’s men on to 36 points – one more than the tally required to stay up last season.

“In the Premier League we are coming to a period now – statistically – where we are two or three wins off retaining our status,” said Wilder, whose side face Millwall in the cup on Saturday.

“That won’t be enough for us, and as players and staff we will keep on going right to the end of the season. But it means we want to go as far as possible in the FA Cup.

“It (losing to Barnet) was so disappointing last year. It was a real low point in what was an otherwise fantastic season for the club.

“Our record hasn’t been great. The priorities were to get out of League One and then get out of the Championship. Clubs are always prioritising things, you have to. Liverpool played the kids in the League Cup quarter-final at Aston Villa to prioritise the Club World Cup, which they won.

“There will always be prioritisation but this is still a competition we have huge history in and would like to go well in so let’s see where it takes us. If we can keep winning then who knows?

“But we have to get through an extremely tough tie on Saturday. Millwall is a tough place to go.”

Wilder made 11 changes in the third round against AFC Fylde but insists that will not be the case at The Den.

The Blades boss needs to assess some “tight bodies and knocks” in his squad following the Premier League defeat to Manchester City in midweek. One of the players being monitored is striker David McGoldrick, who has missed the last two matches with a foot problem.