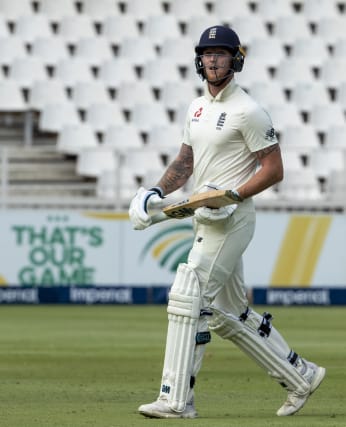 England’s Ben Stokes has apologised for his foul-mouthed reaction to “repeated abuse from the crowd” during the fourth Test against South Africa, with the tourists formally requesting additional security as a result of outburts from supporters.

Stokes had just been dismissed for two on day one in Johannesburg when he became involved in an angry exchange with a fan.

Stokes appeared enraged by the nature of the the comments that were hurled at him – which are understood to have included expletives as well as a reference to red-haired pop singer Ed Sheeran – and responded with a colourful volley of his own.

The incident was captured by host broadcasters SuperSport before being repeated by Sky in the UK and shared widely on social media.

“I wish to apologise for my language that was heard on the live broadcast today after my dismissal. I should not have reacted in that way.

“As I was leaving the playing area, I was subjected to repeated abuse from the crowd. I admit that my reaction was unprofessional, and I sincerely apologise for the language I used, especially to the many young fans watching the live telecast around the world.

“Throughout the Tests so far, the support from both sets of fans (England and South Africa) has been brilliant. One incident will not ruin such a competitive series, which we are determined to win.”