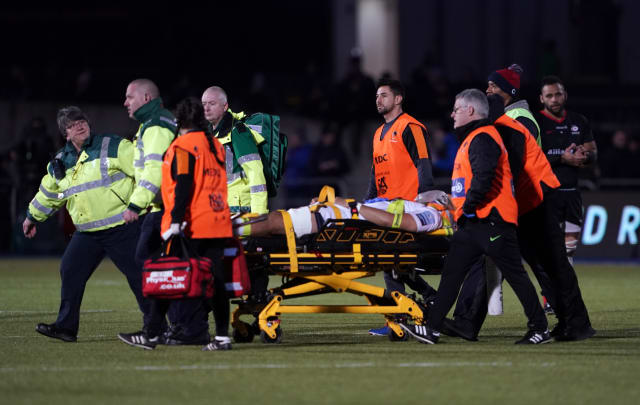 Worcester Warriors have revealed Michael Fatialofa is “making good progress” on his recovery from spinal surgery.

Warriors lock Fatialofa has been moved from the Intensive Care Unit to the Major Trauma Unit at St Mary’s Hospital in London.

“Warriors lock Michael Fatialofa has been moved from the Intensive Care Unit at St Mary’s Hospital in London to the Major Trauma Unit at the hospital,” read a Worcester statement.

“Michael has been diagnosed with a spinal contusion, a serious condition which causes compression on the spine. He has undergone surgery to relieve the pressure on his spinal cord caused by bruising and swelling.

“Michael’s condition remains serious but he is making good progress and he is showing encouraging signs of improvement.

“The hope is that Michael will soon be transferred to the internationally-acclaimed spinal injuries unit at Stoke Mandeville Hospital in Buckinghamshire to continue his rehabilitation.

“Michael suffered a serious neck injury during the Gallagher Premiership match against Saracens at Allianz Park on January 4.

“Warriors have set up a special email account – fats@warriors.co.uk – so that Michael and his wife, Tatiana, can receive messages of support from well-wishers.”