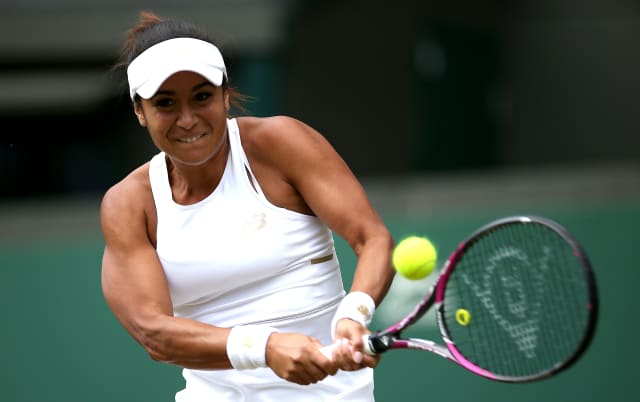 Heather Watson made a meek exit from the Australian Open with a heavy loss to 16th seed Elise Mertens in the second round.

The British number two claimed her best win for two-and-a-half years over world number 17 Mertens in the quarter-finals of the Hobart International last week.

Watson therefore arrived in Melbourne with confidence soaring, and she battled superbly to beat Kristyna Pliskova and the wind in the opening round on Wednesday.

But Watson could not find anything like the same level against Mertens, with the Belgian winning the final eight games and the match 6-3 6-0 in just 56 minutes.

Play was delayed on Thursday because of heavy rain that dumped a layer of dust on the outside courts, and it was late afternoon by the time Watson and Mertens began their contest.

There was still a reddish-brown hue to the court, and Watson made an inauspicious start by dropping serve in the opening game.

She recovered the break straight away and then held serve, but that would be the only time she would lead in the match, with Watson simply making too many errors against an opponent who retrieves extremely well and is capable of punishing a short ball.

Things went downhill swiftly for Watson in the second set, the fight draining out of the 27-year-old, who won only eight points in the six games.

The defeat left Harriet Dart, who was due to face Wimbledon champion Simona Halep in the night session, as the last remaining British hope in singles