Talking Points ahead of the 2020 Guinness Six Nations 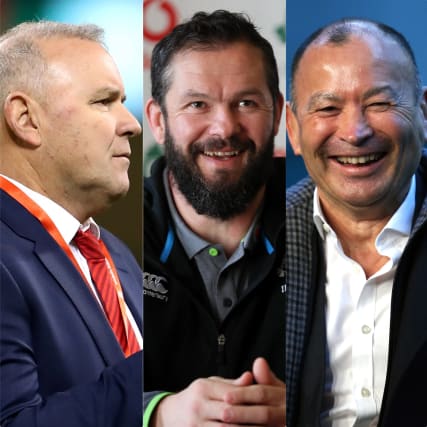 England’s Six Nations build-up has been overshadowed by Saracens’ relegation from the Gallagher Premiership for salary cap breaches. Eddie Jones will oversee a meeting at the squad’s training camp in Portugal to address any rifts caused by the scandal, but just how much damage has been done remains to be seen.

Once England have healed the wounds caused by Saracens’ ‘financial doping’, they must then address what happened in the World Cup final last autumn. Jones’ men were magnificent until being flattened 32-12 by South Africa in the climax to Japan 2019 and their failure to fire a shot when glory beckoned is troubling.

Four of the six teams have new coaches with only Jones and Scotland’s Gregor Townsend in place for the 2019 Six Nations. Jones, in particular, has lost two of his greatest sparring partners in Warren Gatland and Joe Schmidt and the competition will feel their loss keenly, hoping the likes of Wayne Pivac and Andy Farrell will discover similar stature.

One of the new faces is France’s Fabien Galthie and there is renewed confidence in Paris that the national team could finally be ready to climb out of the doldrums. Galthie has picked a squad with the home World Cup in 2023 in mind and, if England are toppled at the Stade de France on February 2, confidence in the rebirth will grow. Les Bleus bristle with attacking threats and in Galthie they finally have a quality coach.

A rugby dynasty will collide on February 23 when England host Ireland. Owen Farrell will captain the Red Rose while his father Andy will be undertaking his third match as the visitors’ head coach. Farrell senior’s progress as Schmidt’s successor will be monitored particularly closely as he takes full charge of a team for the first time.