Saracens could have faced 70-point deduction for salary cap breaches 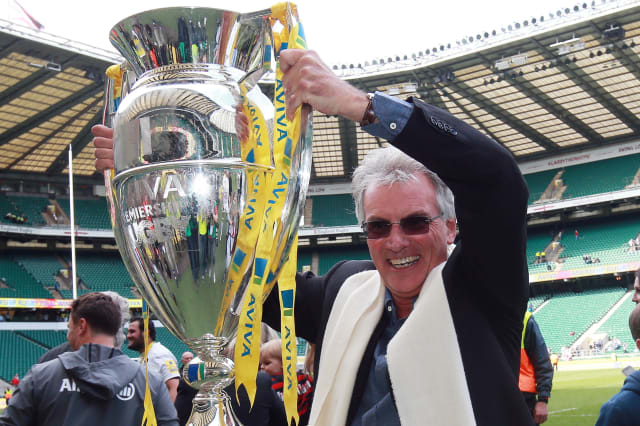 Saracens could have faced a huge 70-point deduction for their breaches of the salary cap in three successive seasons.

But an independent panel's report published by Premiership Rugby Limited (PRL) on Thursday decided that such a deduction would be "disproportionate," adding: "We are conscious that the breaches were not deliberate."

Paragraph 296 of the report states: "It follows if we were to accept PRL's submissions and apply a strict mathematical approach cumulatively to each of the three salary cap years, we would impose the following sanctions: A fine of £5,360,272.31 and a deduction of 70 points."

Saracens were fined £5.36million and docked 35 league points for breaking the salary cap for the last three seasons.

Saracens' behaviour during the salary cap investigation has been described as "egregious"' following years of being "reckless" in their approach to the rules, the report said.

The report does not cover the current campaign, at the end of which Saracens will be automatically relegated to the Championship for once again exceeding the £7million salary cap limit.

Under salary cap regulations, the decision of the three-member panel chaired by Lord Dyson had previously remained confidential – only a summary had been made public – but Saracens agreed on Wednesday for the investigation's details to be revealed.

Former Saracens chairman Nigel Wray has apologised for the "heartache that I have caused" following publication of the report.

The reigning English and European champions have now been in breach of salary cap regulations for five of the last seven seasons.

The report has been adjusted to "omit the names of players and other information that could be used to identify individuals" with a PRL statement adding that "no other information has since been redacted from the report".

The panel rejected the argument of Wray, who stepped down as chairman earlier this month and who bankrolls the club, that investment is not salary.

The report details how Wray entered into property investments with a number of players – which he said totalled four – whose names have been omitted as part of the redaction.

Following the report's publication, Wray said on Saracens' official website: "I am really sorry for the heartache that I have caused you due to my ill-considered approach to matters relating to salary cap compliance.

"My intention with co-investments was always to support players beyond their playing careers.

"I recognise that the actions of the club were described by the panel as 'reckless' primarily due to my failure to consult with PRL's salary cap manager prior to entering into any agreements and then disclosing the transactions to him. I take full responsibility for this. We should have been far better.

"Equally important is the panel's determination that neither the club nor myself deliberately attempted to breach the cap."

Wray also provided details of the involvement of his daughter Lucy, whose company MBN Events paid one player an annual lump sum of £30,000 to make a number of appearances at its events over the three-year period.

"The club's position was that this was a genuine commercial arrangement between MBN and the player, not disguised salary," Wray added.

"However, the disciplinary panel found that because Lucy is a connected party, the appearance payments made to the player were undisclosed salary totalling £95,000."

In summary, the report said: "We do not accept that Saracens' breaches can all be characterised as merely negligent.

"Its failure to to cooperate with (SCM) Andrew Rogers and seek clarification was egregious, particularly in light of the events leading up to the 2015 settlement. It took risks and is now paying the price for doing so."

And Rogers said: "In a number of ways... Saracens over the years has been reckless in its approach to the salary cap and the related rules and has frequently crossed the line into breach.

"At best, the club appears to accept the risk of breaching it. This has been compounded by a reluctance to co-operate and failure to communicate information."

In response to the independent report being leaked – it first featured in the media late on Wednesday night – the Rugby Players' Association said: "The RPA has fundamental concerns about the leaking of the confidential information regarding the players' identities and personal information yesterday evening.

"This injurious leak has significantly eroded player trust, and the RPA will be working closely with Lord Myners in his forthcoming review of the PRL salary cap regulations to ensure that confidence can be restored amongst the players, clubs and supporters alike."