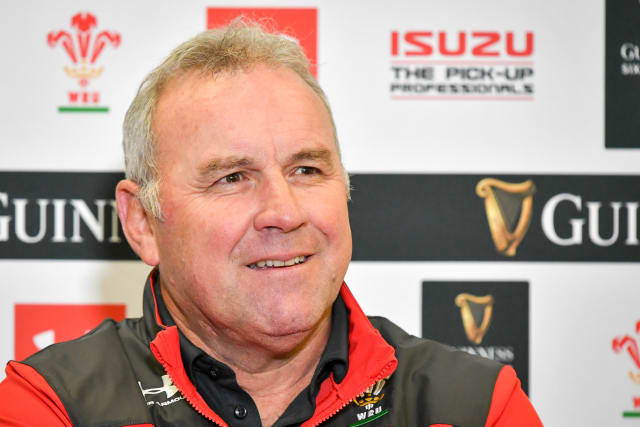 Wayne Pivac admits he is “very excited” ahead of his debut Guinness Six Nations campaign as Wales head coach.

Pivac moves into the hotseat vacated by fellow New Zealander Warren Gatland, whose 12-year tenure ended after this season’s World Cup in Japan.

Wales were also briefly world rugby’s number one nation under Gatland, so expectation levels are potentially at an unprecedented level within Welsh rugby as Pivac prepares for action.

A non-cap game against a Gatland-coached Barbarians side at the Principality Stadium in late November proved a worthwhile warm-up for former Scarlets boss Pivac and his coaching staff of Stephen Jones, Jonathan Humphreys, Byron Hayward and Neil Jenkins.

But the serious business is about to begin, and he is relishing what lies ahead, starting with Wales’ Six Nations opener against Italy on February 1, followed by Ireland in Dublin seven days later.

“I am very excited,” Pivac said. “The whole coaching group is, to be honest.

“For me, having lived here for five and a half years, having watched live games and seen the atmosphere and everything, and then having had the taste of the Baabaas game, I am very excited.

“The competition (Six Nations) is right up there. Behind the World Cup, it’s the best competition in the world.

“It’s got the history, the fans are just across the border, so you get that 60-40, 70-30 crowd split, so it’s always going to be a great environment to play rugby.

“And from a coaching point of view, it’s an honour and a privilege to be a part of it. It’s just around the corner, so it is exciting times.”

Toulon number nine Webb has been out of the Test selection mix for more than two years due to Wales’ minimum 60-cap selection rule for players plying their trade outside the country.

But he rejoins the Ospreys next season and has gained a six-month selection dispensation, making him available for Wales earlier than expected.

Although Pivac will be without the long-term injured trio of Jonathan Davies, Gareth Anscombe and Tomas Francis, he can still call on 24 of Wales’ 30-man World Cup squad under revered second-row warrior Alun Wyn Jones’ captaincy.

And with three home games in their Six Nations schedule, there are many that feel Wales can make another concerted push for silverware following last season’s Grand Slam triumph.

“We had a chat about expectations as a group,” Pivac added.

“Last year’s group won the championship. We weren’t part of that, so what we are doing is going in with a view that it is ours to win.

“We’re going in thinking it’s ours to win like every other team. We are going out there to win the competition.

“We know it won’t be easy, it will be a big challenge, but one we are thoroughly looking forward to. We look at the draw we’ve got and Italy, for us, as a new coaching team coming in, it is probably a very good fixture for us.

“They’ve got a new coach coming in, so things are on an even keel, and it’s an opportunity for us to hopefully put on a good performance, which is what it’s all about.

“We are at home first-up, and it’s all about the performance we put up.”