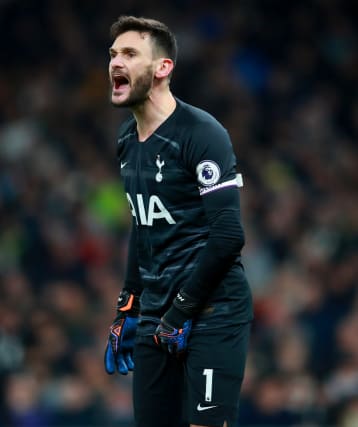 Tottenham captain Hugo Lloris has vowed to give boss Jose Mourinho his all in helping deliver a top-four finish in the Premier League this season.

Lloris made his return to the Spurs side in Wednesday night’s 2-1 win over Norwich following a three-month injury absence and life could not be more different since his last appearance.

When the Frenchman suffered a dislocated elbow at Brighton in October, Mauricio Pochettino was still in charge and expected to lead the rebuild at the club.

But fast-forward to January and Mourinho has been in the job for two months and Spurs are still in the race for a Champions League qualification place.

Lloris, who Mourinho said would be out until early February, was a staunch ally of Pochettino, and praised the job the Argentinian did, but is now fully committed to Mourinho.

“Like all my team-mates, I have such a deep respect for what Mauricio Pochettino has done for the club and his staff,” he said.

“He’s one of the best managers in the world and we wish him all the best. He’s a fantastic man and hopefully we’ll see him soon in a new club.

“I’m the kind of guy who looks forward and I just want to be focused on today and tomorrow and it’s not the right moment to talk about that (Pochettino).

“You know how close I am with Mauricio but at the same time I’m involved 100 per cent and I will give my best with Jose Mourinho, like all my team-mates, like we used to do.

“It’s the minimum you can give to the manager. In the end, we work all together for the club and we all want the success of the club.”

Spurs, robbed of key players, have been limping on in the race for top four, but closed the gap on Chelsea to six points with a 2-1 success over Norwich.

It was their first win since Boxing Day and Lloris has called on his side to post a run of wins.

“We know it’s not the best season of the last five years but we need to stick together, carry on and get the maximum points as possible,” he said.

“We can see it’s not easy for the other challengers for the top four and today the situation is we’re six points behind Chelsea.

“We need to keep believing in ourselves and keep going until the end.

“We know there will be a lot of chances to get back but it’s up to us. We always talk about consistency in the Premier League and it will be the key to get a few wins in a row.

“At the moment it’s not the case but we try to build something, especially in terms of confidence, to get back in the right way.

“We are positive in the changing room and that’s the only thing that matters today.”

Norwich are also six points off their target – 17th position – and midfielder Lukas Rupp felt his side deserved more from a game in which they dominated the second half.

“It was a good game from us,” he told the club’s official website. “Of course, we are disappointed, but we had the chances. If we keep on going like that, we will get the points.

“One point is deserved from this game but that’s football. Tottenham are a great team but in the end it [the win] wasn’t deserved for them.”