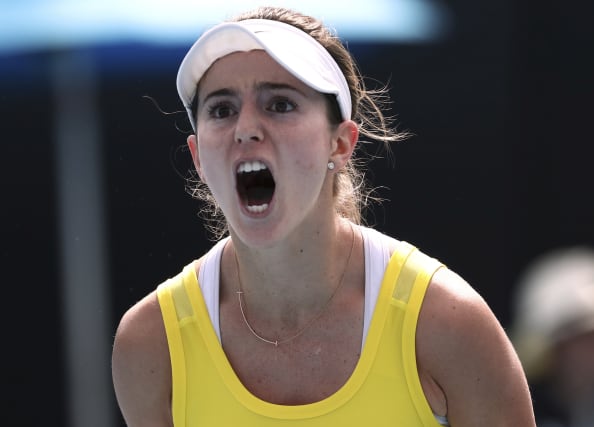 Before Coco Gauff, CiCi Bellis was tennis’ 15-year-old prodigy, and the American is finally back in the third round of a grand slam after a scarcely-believable injury nightmare.

But, last October, after 20 months out of the game and four operations on her right arm, one of which involved breaking a bone to make it shorter, Bellis was told by a doctor that she would never play tennis again.

Thankfully, she sought a second opinion for what turned out to be a minor issue and on Thursday defeated 20th seed Karolina Muchova 6-4 6-4 to reach the third round of the Australian Open.

“A year ago at this time I didn’t know if I was going to play again. Before each surgery I was just hoping one day I could get back to tennis.”

Bellis began to experience pain in her wrist early in 2018 and underwent surgery for three tendon tears before a second operation to remove bone spurs in her elbow.

But her wrist was still not right and it was at that point that her surgeon proposed breaking her ulna bone in half, shortening it, and joining it back together with a metal plate.

“My mum and I were on the phone with the doctor,” said Bellis. “He was telling us this and we were looking at each other and we were laughing because we had never heard of something so barbaric.”

Bellis had the procedure knowing it would mean another operation later to remove the metal plate.

After all that, and with a comeback at last in the pipeline, Bellis sought reassurance for what she thought was a minor elbow issue only to be told this problem could not be fixed.

“Right now, thinking back to it, I should have just laughed because of everything that I’d gone through but I was so upset, it was one of the worst days ever,” said Bellis.

“My mum and my coach were with me and it was just horrible because we’d already been through so much together.”

A different doctor in the same hospital gave a much more optimistic diagnosis and Bellis was finally able to return to competitive action in November.

She entered this tournament on a protected ranking, with her current position down at 600, and will face 16th seed Elise Mertens in the third round.

Elsewhere, it was a good day for the big names, with second seed Karolina Pliskova beating Laura Siegemund 6-3 6-3 while fourth seed Simona Halep was a 6-2 6-4 winner against Harriet Dart.