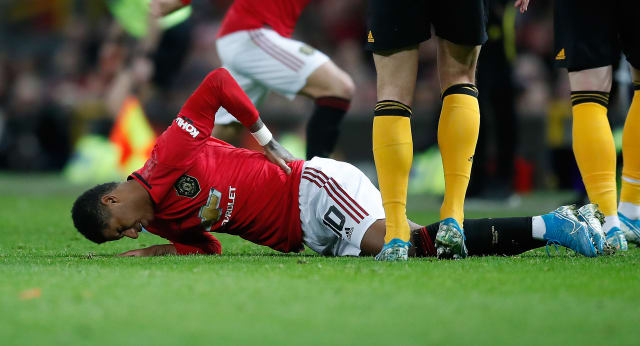 Marcus Rashford is confident of returning to action for Manchester United before the end of the season.

The United and England striker is facing a lengthy lay-off after suffering a stress fracture of the back in last week’s FA Cup third-round replay against Wolves.

The timeframe for the 22-year-old’s recovery has been unclear, with his hopes of playing for England at Euro 2020 potentially in doubt, but he hopes to return in good time.

Responding to a message of support, Rashford tweeted: “Thanks guys, I’ll be back before the season ends to hopefully help my team claim top 4.”

Rashford missed last Sunday’s defeat at Liverpool with the problem but prior to that had started every Premier League game this season.

He had scored 19 goals for United in all competitions this campaign and his absence will be a big blow as the team, currently fifth, look to claim a Champions League place.