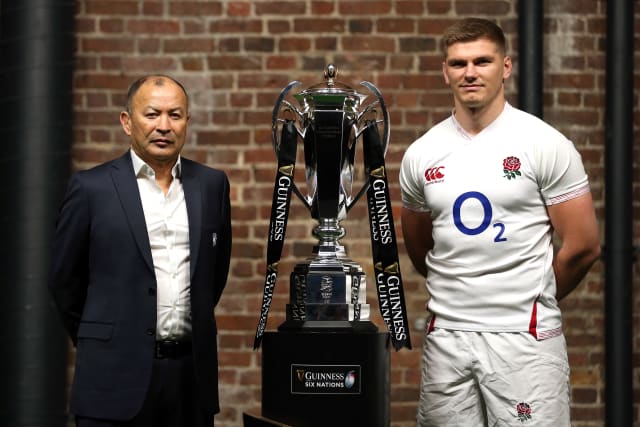 Eddie Jones plans to use the salary cap scandal that has engulfed Saracens as a galvanising force for England’s Guinness Six Nations campaign – with the help of some Portuguese beer.

The double winners have been relegated for exceeding the £7million ceiling for player wages for 2019-20, having already been given a 35-point deduction and fined £5.36million for being guilty of the same offence in the previous three seasons.

It has thrown the club futures of England’s seven-strong Saracens contingent into doubt given 12 months in the Championship looms.

Jones will oversee crisis talks when the squad arrives in the Algarve for their pre-Six Nations training camp on Thursday to address any resentment among players from rival clubs, but is confident divisions will be avoided.

“Portuguese beer will help. It will be a matter of just getting the issues on the table, having a good chat and then just spending time with each other. Time is a big thing,” Jones said.

“You build better relationships when you have got time. We have got a short amount of time before we start our Test match preparation and the key is going to be using that time really wisely.

“This is a massive opportunity. For the players, coming to England is the best thing for them. What do they love doing? Playing rugby.

“It’s the best thing for them. And then for the rest of the team it is an opportunity to get tighter.”

At the centre of the discussions on Thursday will be Owen Farrell, England’s respected captain and the Saracens playmaker.

Farrell is uncertain what atmosphere to expect from other players when the World Cup runners-up gather to begin preparations for the Six Nations, which opens against France on February 2.

“We don’t know yet, we have not met up as a team. We will see in the next few days,” said Farrell, who was speaking for the first time Saracens’ relegation was announced.

“We will be honest and up front about it and we will come through it and get on with what’s in front of us.

“I don’t think it will be difficult for me at all. We’re excited to get into camp and get on with the rugby.”

“I’ve just had a protein bowl with Owen and a coffee,” Farrell said.

“As far as players are concerned, they have a lot of ups and downs to deal with every week.

“You always get judged on your performance. This is something that players need to deal with.

“When you make the change into another environment, I think that’s going to be really refreshing. I see Eddie using it to galvanise England a little bit as well.”