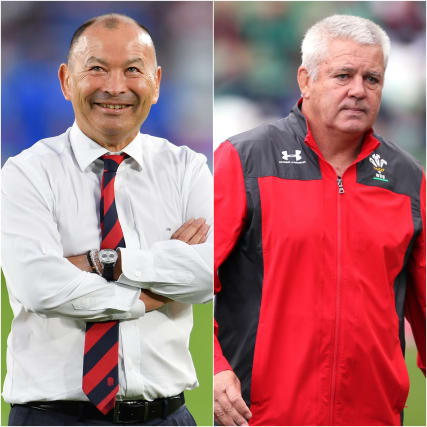 Saracens’ established England internationals are set to remain at the crisis-stricken club after being given the blessing of Eddie Jones and Warren Gatland to play in the Championship.

The reigning English and European champions will be relegated at the end of the season as punishment for repeated breaches of the £7million salary cap, sparking fears of an exodus of stars wanting to protect their Test careers.

But the likes of Owen Farrell, Maro Itoje and Billy Vunipola are poised to remain at Allianz Park after being reassured by England and the Lions that a season out of the Premiership will not harm their chances of selection.

Saracens have been in discussion with Jones and Gatland and see a campaign in the second tier of English rugby as similar to an All Blacks-style sabbatical that could prolong careers.

“The international players had a very clear view on what they wanted to do, all of them. Luckily enough that coincided with what we wanted as well,” director of rugby Mark McCall said.

“Eddie is on the whole happy to select players who are established, Warren Gatland the same.

“Warren Gatland is keen to get as fresh a Lions team as possible to take to South Africa in 2021 and certainly our situation, in a funny kind of way, is going to help him.”

Saracens’ England stars would play only a limited number of games in 2020-21 and while the details are still being thrashed out, it is hoped they will be finalised in time for the start of the Six Nations on Saturday week.

“A lot of these players have been on a treadmill for a long period of time and they get short off-seasons because they are always on tour,” McCall said.

“They play a lot of games during the course of a season and most of our established internationals are 27, 28, so they are at that stage where they have been on this treadmill for 10 years

“They are seeing this as a positive where next year can be one where they are freshened up, physically recover and get better, play enough rugby and go on a Lions tour at the end of it fresh – which is not normal.”

While clarity is forming at Allianz Park, it is unknown whether Saracens’ ‘financial doping’ will cause divisions in England’s squad for the Six Nations.

Jones is to hold clear-the-air talks upon arrival in Portugal on Thursday when players will have the opportunity to voice any grievances in the hope they can be addressed before the tournament opener against France on February 2.

It has emerged that Saracens’ Premiership rivals, led by Harlequins, have been feeding Premiership Rugby’s salary cap officer information on the double winners, pointing to a potentially frosty meeting in the Algarve.

At the centre of the discussions will be Farrell, England’s respected captain and the Saracens playmaker.

“We don’t know yet, we have not met up as a team. We will see in the next few days,” said Farrell, who was speaking for the first time Saracens’ relegation was announced.

“We will be honest and up front about it and we will come through it and get on with what’s in front of us.

“I don’t think it will be difficult for me at all. We’re excited to get into camp and get on with the rugby.”