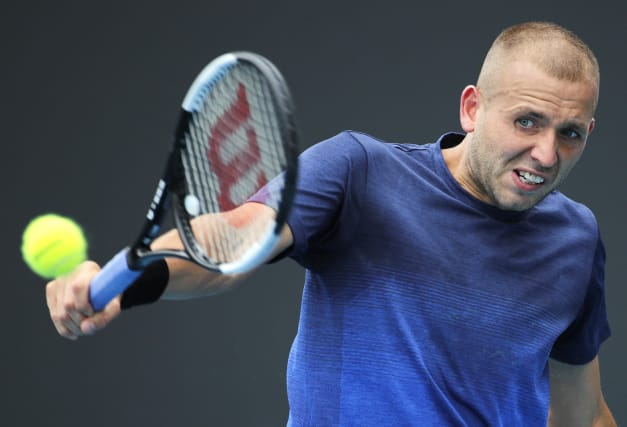 Heather Watson beat the wind and Kristyna Pliskova to reach the second round of the Australian Open on Wednesday but Dan Evans’ campaign was ended by a second-round loss to Yoshihito Nishioka.

There will be a third-round blockbuster between defending champion Naomi Osaka and 15-year-old Coco Gauff, while Caroline Wozniacki kept retirement at bay with a fine win over Dayana Yastremska.

Novak Djokovic and Roger Federer both coasted into the third round with straight-sets wins.

After his victory over Tatsuma Ito, Djokovic was asked about his role in the much-talked-about Netflix documentary The Game Changers.

Djokovic, a vegan, is an executive producer on the film, which explores the benefits of a plant-based diet for professional athletes.

The Serbian said: “They reached out to me almost when the movie was done because I wasn’t very vocal about being a plant-based athlete. They heard that during Wimbledon last year and they wanted me to be part of it.

“I was definitely very happy to be part of a very impressive group of people from sport and the movie industry and different fields of life, very impressive people that are eating plant-based and being very healthy, very happy and very successful in what they do.”

Ukrainian teenager Yastremska has been earning plenty of plaudits for her tennis but she is also gaining a less-welcome reputation for taking medical time-outs at key moments of matches where she is struggling.

The latest incident came when she trailed Wozniacki 7-5 5-4. Yastremska had her thigh taped but it did not change the momentum, with Wozniacki winning 7-5 7-5.

The Dane was in no mood to give Yastremska the benefit of the doubt, saying: “Obviously she tried to break my rhythm. And at 5-4 I don’t think there is anything wrong. She was running just fine. So that’s a trick that she’s done before, and I knew that it was coming.”

Harriet Dart has been given a date on Rod Laver Arena for the second year in a row for her second-round clash with Wimbledon champion Simona Halep.

She will hope for a different outcome to 12 months ago, when she failed to win a game against Maria Sharapova. Watson also flies the British flag against 16th seed Elise Mertens, who she defeated in Hobart last week.

Rafael Nadal follows Dart on Laver against Federico Delbonis, while Nick Kyrgios and Karolina Pliskova are among the other names in action.