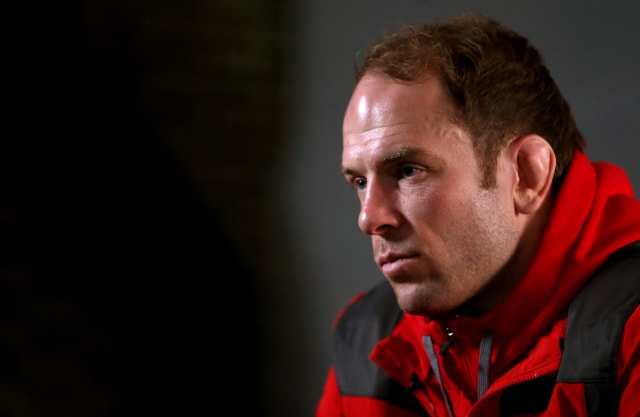 The champions will open their defence against Italy at the Principality Stadium on February 1, but they will do so without Liam Williams, who has not played since suffering an ankle injury in Japan.

“It is going to be a bumpy road and we cannot shy away from that,” said 34-year-old Jones. “There has been a lot of change and, to a point, we have to cut ties with that.

“If you continue to look over your shoulder, you will slow yourself down. If we are going to evolve, there are few more things to adapt to, and that is what you want to do.

“I was asked earlier about desire, and why I keep going, and I just remember why I started. I want to play rugby and I want to be involved with Wales.

“It is Wayne’s world now and I am looking forward to what is to come.”

Pivac confirmed that 18-year-old Gloucester wing Louis Rees-Zammit is set to be available for Wales’ opener.

The teenage sensation went off injured during his side’s Champions Cup defeat against Toulouse on Sunday, but is expected to be fit to make his Wales debut.

It was claimed by Saracens boss Mark McCall that Williams would be ready for the start of the tournament, but Pivac revealed the wing is not due to return until Wales travel to Dublin to face Ireland on February 8.

“Liam is on for round two of the competition,” Pivac said. “He won’t make the Italian match, but he is on track for Ireland.

“Louis has worked well with the medical team and he trained (on Wednesday morning), doing some running with the boys. He will go back to his club this weekend and we will get him back next week.”

New Zealander Pivac spent five years in charge of Scarlets, winning the Pro12 titles in 2017 and 2018.

But he has big boots to fill after Gatland guided Wales to three Grand Slam triumphs, including during his final campaign in charge.

Pivac added: “History would say it is a tough one, in terms of winning the competition last year and then backing it up, because that hasn’t been done before from a Welsh point of view.

“There-in lies a challenge for us, and we will be doing our utmost to create some history.

“It is going to be tough with both England and Ireland away.

“We don’t see ourselves as defending it but we want to go out there and win it like every other team, and play some good rugby along the way, too.”