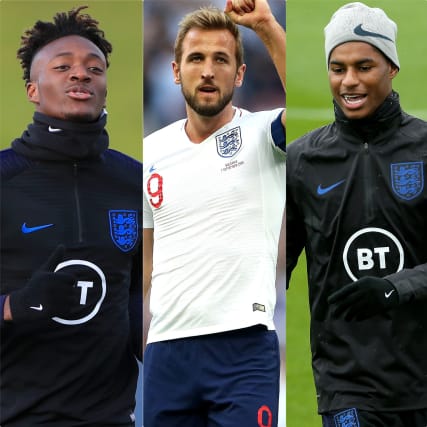 The full extent of the damage is yet to be assessed, but with Tottenham’s Harry Kane and Manchester United’s Marcus Rashford also sidelined, Southgate’s attacking resources have been seriously depleted with the Euro 2020 finals less than five months away.

Here, the PA news agency takes a look at the men in the treatment room.

Abraham’s senior England career remains in its infancy with just four caps and a single goal to his name, but his form for Chelsea so far this season has seen him rise significantly in the pecking order. The 22-year-old’s 15 goals for the club to date, as well as his first for his country in a 7-0 qualifier demolition of Montenegro in November, have established him as a genuine option for Southgate and both he and Blues boss Frank Lampard will hope there is no lasting damage from his midweek collision with an advertising hoarding.

Kane’s importance to England is undeniable with the captain having scored 32 times in just 45 appearances to leave himself behind only Wayne Rooney, Sir Bobby Charlton, Gary Lineker, Jimmy Greaves and Michael Owen in the all-time list at the age of 26. He is expected to miss the rest of the season after undergoing surgery to repair a ruptured hamstring tendon earlier this month, and there are fears that he will not be fit in time to play a part in this summer’s finals.

Having scored on his debut in a friendly victory over Australia as an 18-year-old, Rashford has cemented his place in Southgate’s youthful squad. Now 22, he has 38 caps and 10 goals – including one in each of his last three appearances – under his belt. The United man is currently recovering from a stress fracture in his back which is likely to sideline him for at least three months, and Southgate will be keeping his fingers crossed that his absence is limited to the lower end of that prognosis.