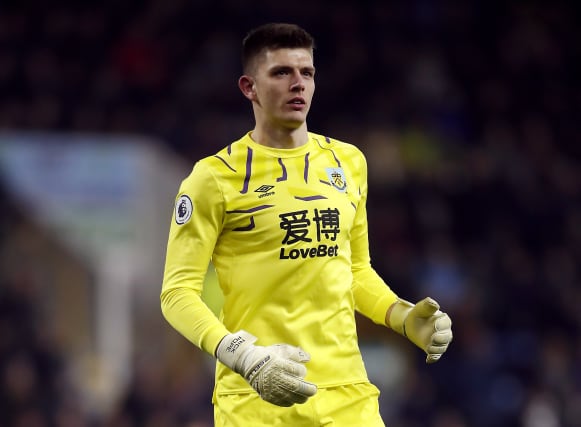 Nick Pope is looking to establish himself as England’s number one goalkeeper, according to Burnley boss Sean Dyche.

Pope has this season become Dyche’s undisputed first choice between the posts and underlined his importance to the Clarets with a stellar display in the 2-1 win against high-flying Leicester last weekend.

Jordan Pickford remains Gareth Southgate’s preferred option for England but the Everton shot-stopper’s struggles this season have led to speculation that a change could soon be in the offing.

Dyche refused to be drawn on who should be chosen with Euro 2020 on the horizon, but he argued what augurs well for the two-times capped Pope is that there is a lack of top-flight alternatives available to Southgate.

“I have certainly never tried to pick any other manager’s teams and I wouldn’t do with Gareth,” said Dyche, whose side travel to Manchester United on Wednesday evening.

“It seems to me they like him, they think good things of him and there’s not many of them around. From a common-sense point of view, you must have a chance if there’s only a smaller group of keepers.

“He’s certainly got a chance. He’s pushing to let people know he’s ready. Whether he gets the actual shirt, we’ll have to wait and see.”

A dislocated shoulder meant Pope did not feature at all in the Premier League last season but the 27-year-old has been an ever-present in this campaign, at the expense of Joe Hart and Tom Heaton, who has moved on to Aston Villa.

“For a big fella, he can move quickly, he’s agile and he comes off his line well and takes crosses, he’s always active with that. He’s aggressive in his thinking with that.

“I’ve always said that keepers and centre-halves, they take a bit longer to mature into what they become. I think he’s in a really, really good place at the minute and he continues to improve.”

Pope made a string of saves against the Foxes last Sunday, the best of them when he kept out England team-mate Jamie Vardy’s penalty.

Dyche added: “Whenever your centre-forwards play well they’ll say ‘the centre-forwards are on fire’ or whatever terminology. Our keeper played well but it’s almost like ‘the keeper had to play well’. You know he’s allowed to?

“It’s interesting when people say ‘if he didn’t play well then they wouldn’t have got a result’, and you’re like ‘he is part of the team, he is allowed to play well’. I actually consider that as a real positive.

“I think that deserves as much credit as a centre-forward being on fire.”