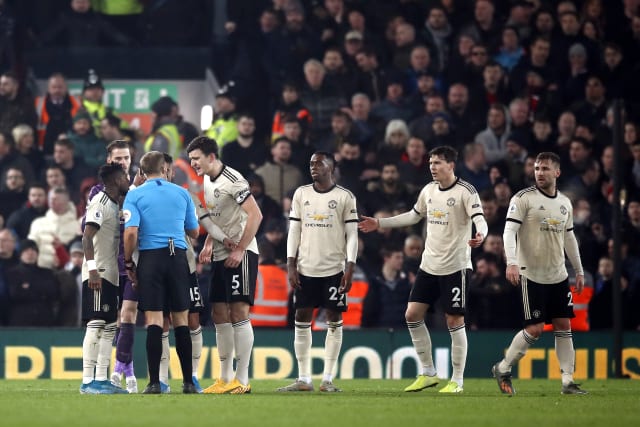 Manchester United have been charged by the Football Association for failing to conduct themselves in an orderly fashion during their Premier League defeat against Liverpool on Sunday.

Roberto Firmino subsequently scored, but his goal was chalked off following a VAR review of Van Dijk’s clash with the United goalkeeper.

United have until Thursday to respond to the charge.