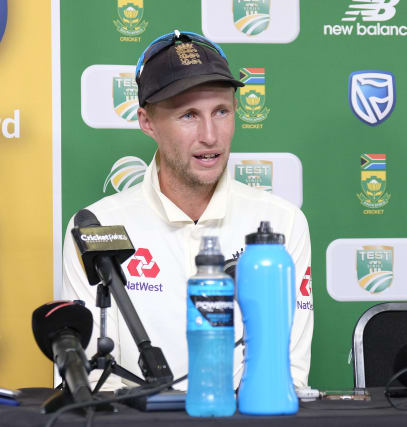 England took an unassailable 2-1 lead over South Africa with victory in the third Test at Port Elizabeth.

Here, the PA news agency looks at some of the lessons from that game.

There have been some criticisms that a top order of Dom Sibley, Zak Crawley and Joe Denly is too one-paced to flourish at the highest level. Try telling that to Ben Stokes and Ollie Pope, who scored fluent centuries against a weary and stiffening attack or to Joe Root who was afforded the luxury of both declaring and enforcing the follow-on. When Root’s opposite number Faf du Plessis called the trio “boring” he meant it as a compliment.

Mark Wood is a difference maker

The option of having Mark Wood hare in and send down bumpers at 93mph gave the England attack a fresh edge, just as it did on his previous Test appearance in St Lucia 11 months ago. When fit, the Durham quick raises the quality of the team a notch or two. Keeping him that way is the issue though, proven by the fact that he has played just 14 Tests by the age of 30. England must not overwork him and use him in matches and circumstances that suit him the best.

Bess is made of the right stuff

Make no mistake, Dom Bess is not the ready made Graeme Swann figure England cricket fans (and captains) have been desperate to uncover. His maiden five-wicket haul was a nice moment but relied at least as much on muddled batting as it did magnificent bowling. But he is only 22, a hard worker and keen to learn from those around him. He carries himself well in front of the cameras and shows confidence on the field. That is plenty to be working with for now.

Denly has made it his business to grind down opposition bowlers by putting miles in their legs rather than runs against their name. He now routinely bats for a hundred balls or more but is stuck on a top score of 94 after 24 Test innings, while averaging 31.04. His focus is admirable and no-one will come knocking for his place as long as the team are winning, but for his own peace of mind he could do with joining Sibley and Pope in making his first three-figure score in this series.

Du Plessis is coming to the end

Faf du Plessis has presided over a tricky four years as South Africa captain, coping with big name retirements and Kolpak departures alike. At 35, he looks like his race is nearly run. On Monday he mused about the role ‘chipping away’ at his character, on Tuesday he saw Quinton de Kock take over skipper’s job in one-day cricket. By the end of the Wanderers Test might he call time on his red-ball career?