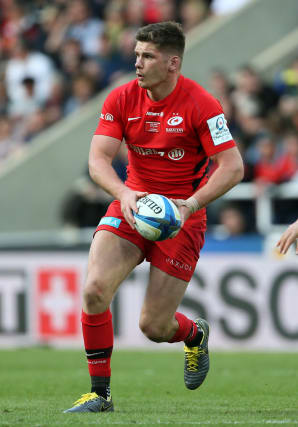 League title holders and reigning European champions Saracens will play in the second-tier of English rugby next season following their relegation from the Gallagher Premiership for salary cap breaches.

Here, the PA news agency looks at what is next for the crisis-engulfed club, including a star-studded playing squad that will inevitably now be broken up.

Saracens, winners of five Premiership titles and three European Cup finals, will formally drop out of English rugby’s top flight in June as their latest salary cap punishment. coming just two months after they were docked 35 league points and fined £5.36million for breaches in the 2016-17, 2017-18 and 2018-19 campaigns. The earliest they will be back competing in English rugby’s top flight is September 2021, while Europe’s blue riband club competition – the Heineken Champions Cup – will not see them again until at least late 2022. Even if Saracens retain their European title this term, Championship status does not allow entry to it, and when they return to the Premiership, their first season back will see them contest the support-act European Challenge Cup.

Where will Saracens play next season?

It is going to be a strange experience for them, to put it mildly. Used to running out at such English rugby citadels as Welford Road in Leicester, Gloucester’s Kingsholm ground and Franklin’s Gardens, Northampton, they will sample somewhat more modest surroundings next term. A trip to the small Bedfordshire market town of Ampthill awaits, where it is a walk through the woods to their pitch at Dillingham Park, while Hartpury Rugby Club’s ground will remind Saracens of life in the Premiership, as it sits adjacent to Gloucester’s training base. An awayday to Jersey Reds also awaits, where Saracens will play at the 4,000-capacity Stade Santander International in St Peter, which is just a 15-minute walk from the airport.

What will happen to Saracens’ star players?

Some will stay, some will go, appears the most likely outcome. Saracens provided nine members of England’s squad that finished the recent World Cup in Japan, including players like England captain Owen Farrell, lock Maro Itoje and number eight Billy Vunipola. Playing Championship rugby is hardly ideal from England’s perspective, while there is also the huge matter of a British and Irish Lions tour to South Africa in 2021. Players are set for key meetings with Saracens management this week, and season-long loan deals appear a possible way forward. Moves abroad might also be considered, although current Rugby Football Union policy means any player based outside England would be ineligible for the national team unless an exceptional circumstances rule is activated. Rugby league might also prove attractive, with Super League newcomers Toronto among those currently looking at potential squad-strengthening.

There looks likely to be more certainty about this aspect of Saracens’ staff than the playing side. Rugby director Mark McCall would be highly sought-after, considering his success at Saracens, if he became available, but McCall is also fiercely loyal. He is already talking about a “new era” and a “new journey” at Saracens, while his team of trusty lieutenants led by Alex Sanderson, Kevin Sorrell and Ian Peel are also set to be involved for the long haul. At this stage, none of the coaches know what squad they will be working with next season, but Premiership planning will soon be on their agenda, with immediate promotion seemingly inevitable.

Can Saracens recover – on and off the pitch?

The club’s reputation currently lies in the gutter. It cannot sink any lower. There is a widespread feeling of animosity towards them from inside and outside the sport, and Saracens know they have no choice other than to take the hits. Short-term pain will be considerable, with player departures set to dominate headlines between now and the end of this season. Redevelopment work on their Allianz Park stadium will continue, though, and there has been no indication at this stage of any sponsors jumping ship. Saracens’ salary cap behaviour has left a stain on the game. but time is a healer and at some point they will undoubtedly be back, reclaiming a seat at English and European rugby’s top table.