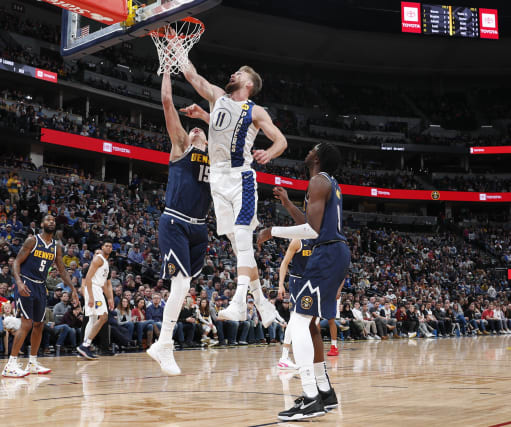 Domantas Sabonis had a triple-double as his Indiana Pacers side won their fifth game in a row with a 115-107 victory over the Denver Nuggets.

The Nuggets, third in the Western Conference, held the lead until late in the fourth quarter, with the Pacers going on to outscore them 41-26 in the final period.

Sabonis finished with 22 points, 15 rebounds and 10 assists for the first triple-double of his career, while Nikola Jokic racked up 30 points for Denver.

Sunday’s other game saw the San Antonio Spurs edge out the Miami Heat 107-102.

LaMarcus Aldridge scored 21 points and DeMar DeRozan 20 as the Spurs won their first game in three.