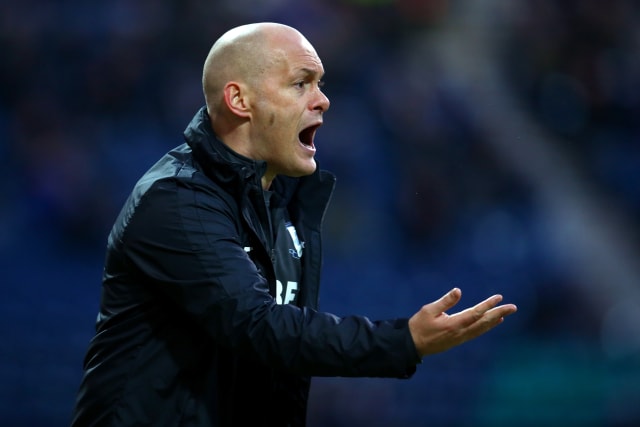 Preston boss Alex Neil warned “nobody has any divine right to beat anyone” as his side look to continue their play-off push at Barnsley on Tuesday night.

Saturday’s 2-1 win over Charlton ended a run of five league games without a win for Preston, who sit two points outside the play-off places ahead of the midweek fixtures.

Barnsley sit in the bottom three after a 1-0 reverse away to Bristol City on Saturday, but Neil said he has been impressed by the impact made by Gerhard Struber since his arrival in late November.

“They’re a good team,” Neil said. “At home they are a much more difficult proposition.

“(Struber)’s certainly made a big difference. They are number one for pressing and shots since he came in which is some going.

“This is a really tough league and nobody has any divine right to beat anyone.”

Preston have been short of numbers in midfield of late, with Ben Pearson’s illness seeing him sidelined along with Paul Gallagher and Tom Bayliss, but Pearson could return on Tuesday night.

Saturday’s defeat saw Barnsley come up against another side pushing for promotion, and though they lost to Niclas Eliasson’s late goal, Struber believes his side showed further signs they are going in the right direction.

“I was pleased with the performance and, especially in the second half, we created a lot of chances,” he said.

“We were not in the same killer mood as in recent games. But I believe that if we continue to play that way we will get the results we need to stay in this league.”

Tuesday’s other game sees Middlesbrough and Birmingham meet at the Riverside Stadium.

Boro are coming off a 1-0 defeat against Fulham on Friday night which ended a five-game unbeaten run in the league.

With their injury list continuing to bite, Jonathan Woodgate was unable to field his favoured formation, and he remains desperate for reinforcements.

The club have been linked with the likes of former player Ben Gibson, now at Burnley, and ex-West Ham midfielder Reece Oxford, who has been struggling for playing time with Augsburg in the Bundesliga.

Birmingham, one point behind Boro in 18th place, have won only two of their nine Championship games since Pep Clotet’s status as head coach was made permanent at the start of December.

On Saturday they took a point from a 1-1 draw with Cardiff, unable to hold on to an early lead provided by teenager Jude Bellingham as Lee Tomlin equalised close to the hour mark.

After the match, Clotet pointed to a number of missed opportunities in the match, and said bringing a new striker to the club was a priority this month.

“At the minute we are of course working on a striker because you can clearly see we create a lot of chances and we need to help the team more,” he said. “Any other player the club think that can help us is obviously welcome.”