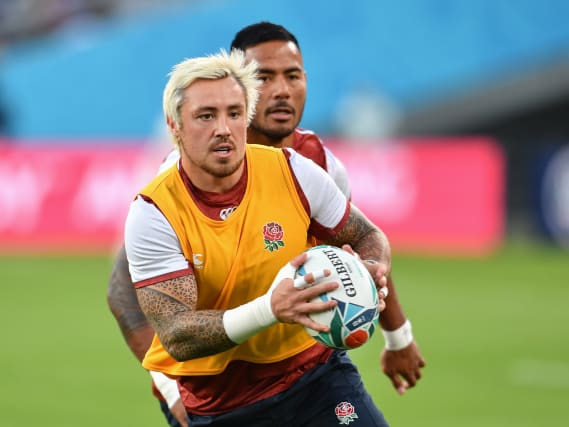 Jack Nowell has been ruled out of England’s Six Nations squad due to injury, the PA news agency understands.

One of 10 absentees from the World Cup, Nowell, the Lions wing who is highly rated by Eddie Jones, played for Exeter in Saturday’s Champions Cup victory over La Rochelle but is excluded from the 34 names picked for the 2020 Championship.

It is understood that Nowell is to undergo an ankle operation.

Six of the Japan 2019 casualties are injured, including Vunipola who is set to miss the Six Nations after Saracens confirmed he suffered a broken arm against Racing 92 on Sunday.

However, Jones has opted against calling up specialist number eight cover for Vunipola.

Competing to deputise for Vunipola in the back row are Tom Curry, Lewis Ludlam and Ben Earl.

Umaga, nephew of former New Zealand captain Tana, is included ahead of Marcus Smith who trained with England in the build-up to the World Cup.

England launch their Six Nations title quest against Francis in Paris on February 2.

“It is always about winning the next game so we have picked the best squad available,” Jones said.

“At the same time we wanted to bring some young players in because we need to keep building our depth so for those new players it;s an exciting opportunity for them.

“For us the Six Nations is all about raising the standards in terms of the way we prepare, tactically and physically. How we play the game and the way we come together off the field.

“But our first task is beating France in France and that is the only game we need to worry about.

“We will begin our preparations in Portugal, get a bit of sun, some warm conditions and get ourselves physically and mentally right for the game.

“The first three days will be about getting organised. We have got players from 11 clubs so we need to get everyone on the same page quickly.”