Johanna Konta crashes out in first round of Australian Open 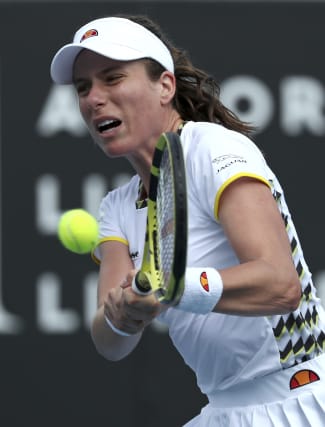 The British number one was seeded 12th but expectations were tempered by the fact she had only played one match since a quarter-final exit at the US Open in early September.

A knee injury curtailed her season and Konta revealed last month that she might not even make the trip Down Under.

She will be heading home a lot sooner than she would have hoped after going down 6-4 6-2 to world number 78 Jabeur, who has the type of unpredictable game that even a match-tight Konta finds hard to deal with.

Indeed, Jabeur had beaten Konta in Eastbourne last summer and a tight first set went the way of the Tunisian when she broke in the 10th game, Konta paying the price for not making enough first serves.

The 28-year-old was not playing badly but she made loose errors at costly times and, after breaking serve to start the second set, lost four games in a row.

Konta had always made at least the second round in four previous appearances in the main draw at Melbourne Park, while this is the first time since a second-round loss to Garbine Mugurza here 12 months ago that she has not reached at least the quarter-finals of a slam.