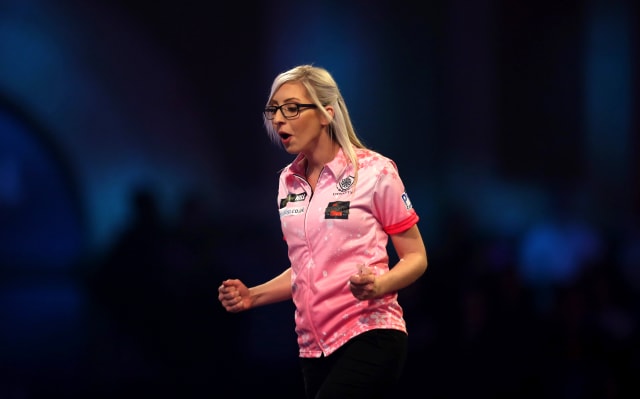 Fallon Sherrock will face Glen Durrant on her Premier League debut in Nottingham next month.

The 25-year-old was named as a challenger for the second night of the tournament as reward for creating history by becoming the first female to win a match at the PDC World Championship last month.

And Sherrock, who will also feature in this year’s World Series events, will play former BDO world champion and Premier League debutant Durrant on February 13 after the PDC finalised the fixtures.

The former mobile hairdresser put women’s darts on the map in December by beating Ted Evetts and Mensur Suljovic before losing to Chris Dobey in the third round at Alexandra Palace.

Sherrock fell short of securing a PDC tour card at the weekend, but four-time world champion Lisa Ashton became the first woman to do so and will feature on the circuit for the next two years.

The Premier League begins on February 6 in Aberdeen, with the highlight fixture on the opening night seeing world champion Peter Wright take on Michael Van Gerwen in a repeat of the recent World Championship final.