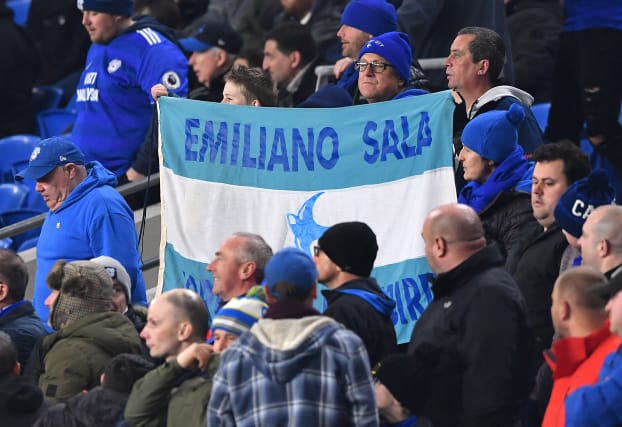 Cardiff and Nantes will pay tribute to Emiliano Sala one year on from the plane crash which claimed his life at the age of 28, with the clubs still locked in a legal dispute over his transfer fee.

On January 21, 2019, the Piper Malibu light aircraft carrying Sala and pilot David Ibbotson from France to the UK crashed into the English Channel, as he prepared to link up with his new team-mates.

The Air Accidents Investigation Branch (AAIB) ruled in August last year that the Argentinian was exposed to high levels of carbon monoxide prior to the crash. Sala’s body was recovered from the wreckage on February 6 of last year but Ibbotson’s body has not been found.

Nantes are planning to put a commemorative shirt “inspired by Sala’s home country” on sale from Tuesday. The team will then wear the shirt in the Ligue 1 match against Bordeaux on Sunday.

The French club said all proceeds from sales of the shirt would go to the two clubs in Argentina where Sala began his career – Club San Martin de Progreso and Proyecto Crecer.

A minute’s applause will also take place before the match against Bordeaux – the club Nantes signed Sala from in July 2015 – to remember the Argentinian and another Nantes favourite Philippe Gondet, who died aged 75 on January 21, 2018.

A Court of Arbitration for Sport hearing to settle the dispute between Cardiff and Nantes is set to be fixed for the spring, with no decision expected before June.

When the full written decision was published in November it was revealed Cardiff would face a three-window transfer ban if the money was not paid.

Cardiff have challenged the decision by FIFA, stating that the relevant paperwork was not complete at the time of Sala’s death.

The Bluebirds will hold a ceremony to mark one year since Sala’s death at the Cardiff City Stadium on Tuesday evening.