Vunipola’s Six Nations campaign could be over before it starts 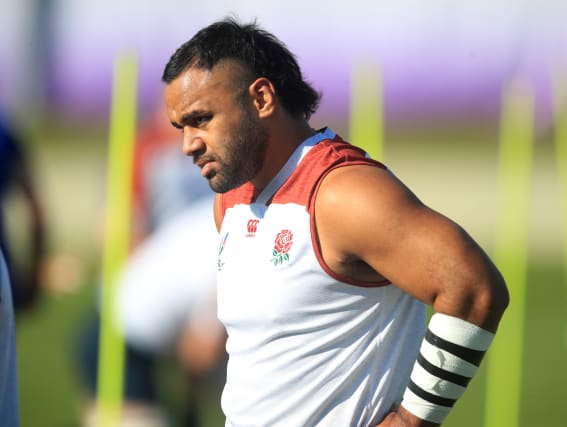 England have been given a major scare on the eve of their Six Nations squad announcement after Billy Vunipola suffered a suspected broken arm on European duty for Saracens.

If confirmed, it will be the fourth time Vunipola has fractured one of his arms and the injury would almost certainly rule him out of the entire Championship.

Vunipola’s ball-carrying at number eight is one of England’s greatest assets, forcing Jones to look at alternatives.

It could provide the opportunity for Tom Curry, a star of the World Cup and world player of the year nominee, to be joined in the 35-man squad by twin brother Ben, who also plays in the back row.

Another flanker who has been earning rave reviews this season is Vunipola’s team-mate Ben Earl, a blockbusting openside who at 22 is a fixture in Saracens’ back row.

Also lighting up Allianz Park has been wing Rotimi Segun, although he is operating in a competitive position.

How many additional Saracens players Jones is content to call upon remains to be seen, however, as the double winners come to terms with their automatic relegation from the Gallagher Premiership at the end of the season for breaching salary cap regulations.

While England can pick players competing in the Championship, there is no precedent for it and the club are seeking urgent discussions with Jones over his view on the matter.

It will be Jones’ first England squad since the World Cup and the Australian stated in November following the defeat by South Africa in the final that the team that had excelled in Japan was “finished”.

There will be few big-name casualties, however, considering the young age profile of the side, but veteran tighthead prop Dan Cole is unlikely to be present.

Uncapped Northampton full-back George Furbank is set to feature in the group that will travel to Portugal on Thursday for a pre-Championship training camp.

The 23-year-old has caught the eye so far in his second season at Saints and will put pressure on Elliot Daly for the number 15 jersey, although Anthony Watson remains an option.

Jones has also been keeping an eye on Furbank’s Northampton team-mate Dave Ribbans but the second row is struggling with an ankle injury and is likely to miss out.