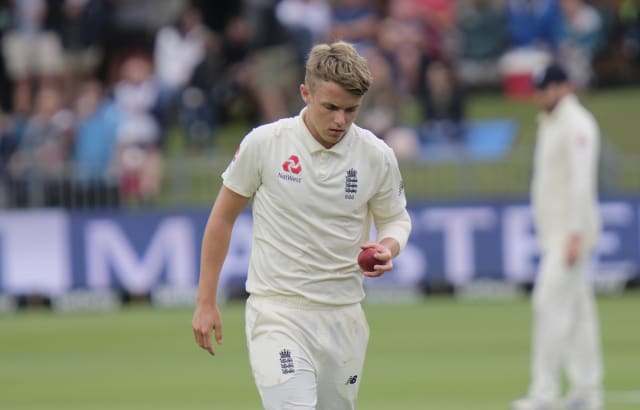 England took four wickets for just one run on the fourth morning of the third Test, sending South African stumps flying to enforce the follow-on with a lead of 290 in Port Elizabeth.

Play resumed at St George’s Park with the hosts on 208 for six, needing 92 to avoid batting again, with an inspired burst from Stuart Broad and assistance from Sam Curran ensuring they never got close.

The pair combined to strike in each of the first three overs, meticulously toppling off, middle and leg stump in that sequence.

Broad began by seaming the fifth ball of the morning past Vernon Philander’s inside edge to send him back for 27, with Curran repeating the trick by beating the dangerous Quinton De Kock for 63 with a full delivery.

Keshav Maharaj joined the procession when he aimed a reckless swipe at Broad and played on before Kagiso Rabada moved the total along for the first time with a single.

That was all there was, though, with Rabada chipping Broad to Mark Wood at mid-off to bank figures of three for 30. Having bowled for less than half-an-hour and worked through just 86.4 overs in the innings, Root did not waste the chance to send the Proteas in again.