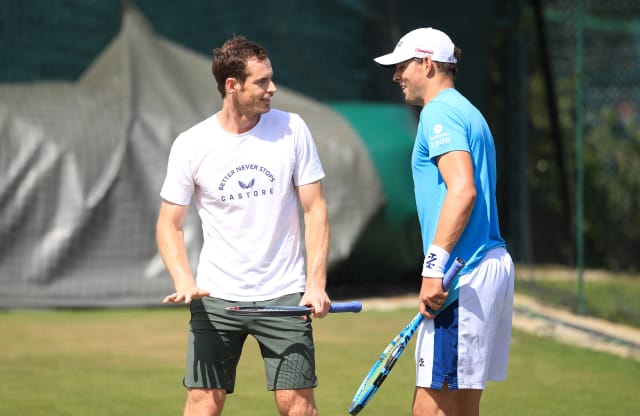 Bob Bryan remains confident that Andy Murray can overcome his latest injury problem and return to the top of the game.

Murray was forced to miss the Australian Open because of a pelvic bone bruise that is taking much longer than expected to clear up.

The 32-year-old, who has not played a match since November, announced earlier this week that he would be unable to fulfil commitments to play in tournaments in Montpellier and Rotterdam next month and did not put a timescale on his comeback.

Murray has become close to Bryan through shared hip problems, with the American doubles specialist undergoing resurfacing surgery a few months before the Scot.

Leading hip specialist Giles Stafford told the PA news agency this week that he believes Murray’s latest problem is linked to the surgery and that it could be career-threatening.

But Bryan has a different impression, saying: “I talked to him last week. He’s got something unrelated to the hip injury.

“His hip feels great. All his numbers are off the charts. He tests the speed and the strength. He’s right back where he was when he was number one, which is incredible. That’s good to hear.

“But he’s got some question marks over this recent injury. He hopes to be back as soon as he can. But he’s still working on it.”

It was at the Australian Open a year ago that Murray tearfully revealed his fears that he would have to hang up his racket.

Bryan cited the Amazon Prime documentary charting the three-time grand slam champion’s struggles as evidence that he certainly should not be written off again just yet.

The 41-year-old said: “If anyone saw the documentary, you’ll know how crazy he is with the work. He’s a madman. He’s going to put it in. He’s going to do everything he can. I expect to see him playing for many more years (and) winning.”

Bryan returned to the tour in Australia last year, teaming up again with twin brother Mike, and the pair won another two ATP Tour titles.

Bob said of his hip: “You’ve got to do a little extra work, recovery. But it’s a good surgery. It’s come a long way since a lot of our friends got it done 15, 20 years ago. It spelled the end of your career. I think this has given hope to a lot of people.”

Bob will not be testing the limits of the surgery for too much longer after he and Mike announced in November that this year’s US Open will be their final tournament.

They are the most successful doubles partnership in tennis history, and Bob said of their decision: “We wanted to play until we were, I guess, irrelevant.

“I don’t think Mike or I want to play on fumes, just to be out there. We still feel like we can contend for the big titles.

“It was a very tough decision. Tennis is our life. We both love travelling the world and doing this together. But we want to go out with a little kick, not be limping around.”