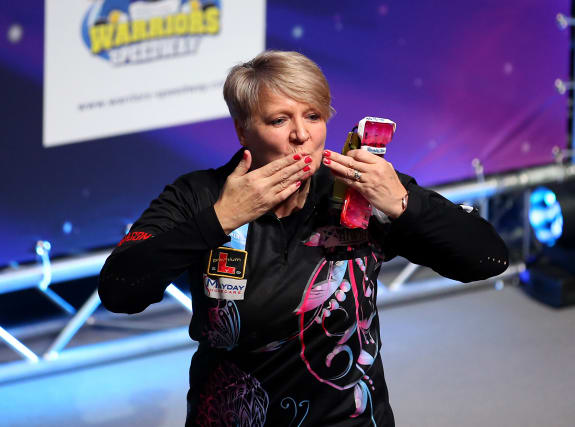 Lisa Ashton has become the first woman ever to win a PDC Tour card at the qualifying school in Wigan.

The 49-year-old, who is the women’s world number one, claimed the 12th and final spot via the Order of Merit.

Ashton’s success means she has won the opportunity to compete on the PDC Tour for the next two years.

Ashton is a four-time women’s world champion and competed at the PDC World Championship in 2019, only to suffer a first-round defeat to Jan Dekker.

She will now have the opportunity to compete on the full PDC circuit, having triumphed on the final day of qualifying school.

Fallon Sherrock, who made history by becoming the first women to win a match at the PDC World Championship before Christmas, failed to win a tour card.

Sherrock has already been awarded a ‘challenger’ place to appear on the second night of the Premier League in Nottingham on February 13.