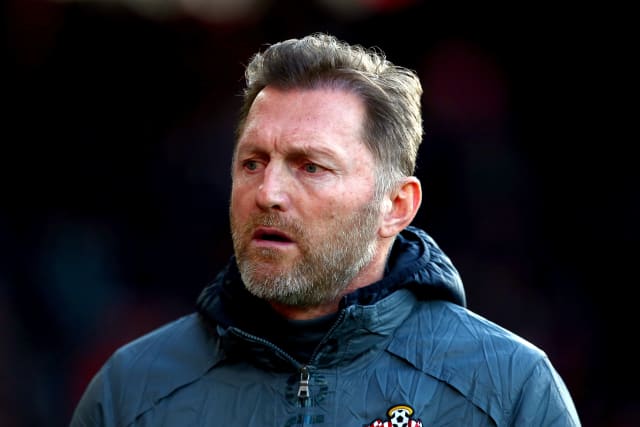 Ralph Hasenhuttl has called for referees to be allowed to check pitchside monitors to review goals as well as red card decisions.

And Hasenhuttl also insisted both referee England and the VAR missed a handball by Adama Traore in the build-up to Raul Jimenez’s second, and winning, goal.

Premier League referees have been given the green light to use pitchside monitors for red card calls, but now Hasenhuttl wants those powers extended even further.

“First I must say congrats to Wolves for the second half; they showed how you can turn the tables even if in the first half you are far away from getting something,” said Hasenhuttl.

“It hurts to lose and it would be easier to accept if the goals didn’t happen like that.

“I am a big fan of VAR, it makes the game fairer. But the final decision in such a moment should be taken by the referee. I think it’s absolutely right he didn’t award a penalty.

“Maybe it was a foul but Jonny didn’t have the chance to go for the goal. This was why he decided not to give a penalty.

“Then I asked him (referee England) why he didn’t look on the screen, and he said he couldn’t do it because he could only look for a red card.

“It’s dangerous if the final decision is not taken in the ground, but somewhere else.

“That’s what I said to him and that’s something we have to think about because mentally it was a crucial moment for my team.

“For their third goal it’s the same thing; he can give it.

“It’s not clearly wrong, but at that moment they stood with their decision.

“Again if they are not 100 per cent clear then he should look at the screen. It’s hard for me to understand at the moment. The lack of clarity is frustrating, absolutely.”

Southampton raced into a 2-0 half-time lead thanks to goals from Shane Long and Jan Bednarek, but Hasenhuttl’s men slipped off the pace markedly after the interval.

Asked if Traore had been guilty of handball in the build-up to the winning goal, the Wolves boss said: “I didn’t see the images, but we are speaking so much about VAR, every week we are on one side or the other.

“It’s not clear, and when the message is sent by the fans in the stadium, I don’t want to repeat what they say, but it’s so clear and evident that something has to be done. And I’m confident something will be done.

“It’s not about the referees, it’s about making things clearer and better.

“I expect something good will be done, because I have to focus on my work, not a solution to this.

“It’s an amazing recovery from us and I am so proud of my players.

“We said a lot of things at half-time, Southampton were much better than us in the first half. We could have abandoned our tasks but we didn’t, so I’m very proud of the boys.”