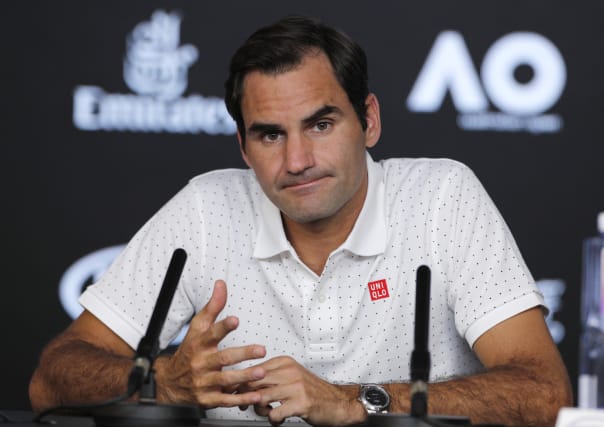 Roger Federer defended himself against allegations the top players do not care about the lesser lights of the game.

Smoke from the wildfires burning across Australia settled on Melbourne on Tuesday and Wednesday, leading to conditions that many players competing in qualifying felt were unsafe.

Several players voiced an opinion that the likes of Federer and Rafael Nadal would not be forced to play in the same situation, with Canadian Brayden Schnur branding the pair “a little bit selfish” for not speaking up and saying they only cared about their own careers.

Schnur later apologised for his choice of words, and Federer and Nadal, who are both on the ATP Player Council, were keen to stress that they did speak to tournament officials to seek clarity on the issue.

Federer said: “I was in the office that day to ask what’s the situation. Everybody is told to be inside, and we’re having court calls? How far are we from that threshold of playing, not playing?

“I said, ‘I think we’re all confused. Is it super unsafe or is it totally safe to play?’ So what can I do? I went to them the first day when it was bad on Tuesday, the next day on Wednesday when it was still bad.

“I told them, ‘Look, I just think communication is key for all of us. We just need to do more because I feel like I hadn’t gotten enough information’.

“Can I go on court and say, ‘Everybody stop play?’ I can try. I don’t think that’s going to do much. I don’t think I can do more than what I did. I’m on the council. I’ve been on the tour for so long. I came through the lower ranks, the juniors.

“At the end of the day, we all care for one another. We cross paths in the locker room. We’re all cool.

“I understand some frustration always because this tour, this calendar, this schedule, whatever it may be, is never perfect. Some guys are always going to complain.

“But this is also something new with the smoke. Everybody’s got to figure it out.”

It was clear the assertion rankled Federer, who finished his answer with the barbed comment: “And I’m playing Steve Johnson, by the way, for those who care. I don’t know, I figured that’s why I’m in Australia, but that’s OK.”

The row over air quality could potentially have been avoided had tournament officials been quicker to explain their policy.

Nadal said he was satisfied with the explanation he received when he sought answers on Tuesday.

“When I heard the players having issues, asking questions, the only thing I can do is go to the tournament director’s office, ask what’s going on, because I have been practising those days, too,” said the world number one.

“I really received, for me – that’s not to mean for everyone it should be the same – but for me I received an answer that convinced me.

“I am here to play. Hopefully the situation doesn’t come back to the negative numbers. My opinion is the tournament, the only thing they can do is have the right people here, the right people who can analyse everything what’s going on.”

After consulting with environmental and medical experts, the tournament settled on a threshold of particulate matter of 200 per cubic metre of air, beyond which play will be suspended on outdoor courts.

Current indications are that will not be exceeded over the opening days of the tournament, although things can change rapidly.

He said: “I’m feeling OK now, but I was a bit concerned. I was coughing a lot, had trouble breathing for a couple of hours.”

Tsitsipas beat Federer last year and should be one of the best hopes for a first grand slam champion outside of the big three in more than three years.

Federer has not played a competitive match since another loss to Tsitsipas at the ATP Finals in November having prioritised exhibitions, and he played down his chances of a 21st slam title.

He said: “I’ve got to really make sure I get out of the gates quick. Practice has been going well. I’ve had plenty of time to pace myself and do all the things I had to do to get ready. I hope it’s enough. My expectations are quite low.”