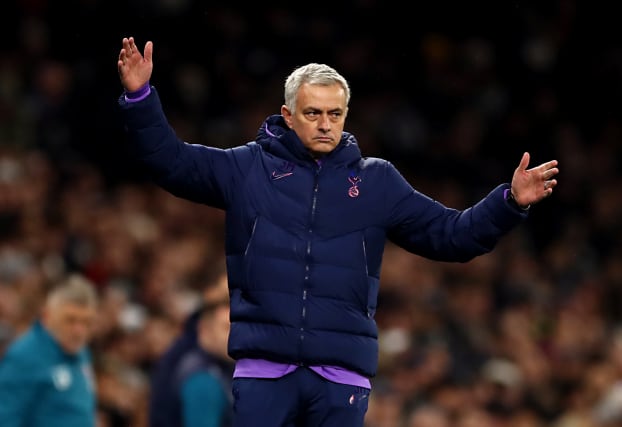 Jose Mourinho thinks Tottenham would probably have won their 0-0 draw at Watford if they had a replacement for Harry Kane.

Spurs have now gone four Premier League games without a victory after the stalemate at Vicarage Road, which could have been even worse had Watford captain Troy Deeney not seen his second-half penalty saved.

Mourinho’s side, who have no like-for-like replacement for Kane, have not scored in the league since their prolific frontman suffered a hamstring injury on New Year’s Day.

With the England captain possibly out until next season, the Portuguese is desperate to buy a striker in the current transfer window.

For Mourinho, and most people watching, it is painfully obvious where the problem lies.

“I promised I did not want to speak about the boys that are not playing and I have to try,” he said.

“You feel the same when you see the Liverpool game, in the last 20 minutes how many times we just need a tap-in. That missing link is there.

“But we are doing our work. We all know. It is injuries, it is the Christian Eriksen situation, we have our problems.”

Mourinho has said he would like to sign a striker in the remaining 13 days of the transfer window, but reiterated it will only be for the right deal.

“If it’s possible yes, if it’s not possible no,” he added.

“But we have to do things when it is possible to do, it is the right thing to do.

“This is not the last match of Tottenham’s history. Next Wednesday we have another one, next season we have many more.

While Mourinho thought his side should have won, opposite number Nigel Pearson would have been celebrating the points had Deeney converted from the spot following Jan Vertonghen’s handball.

Still the point is another step in the right direction as the Hornets have now taken 14 points from their last six games.

“I have seen our players again putting in an incredibly honest performance and a good performance,” Pearson said.

“We played against a side with lots of attacking options, who dominated the first 15 minutes of the game.

“When I look back at any performance or result the first thing I do is to think about whether we had the right performance. And we did.

“On another day maybe I could be sat here talking about winning three points, but it is another hard fought point, a clean sheet.

“That all suggests to me that this group get the situation we are in.”