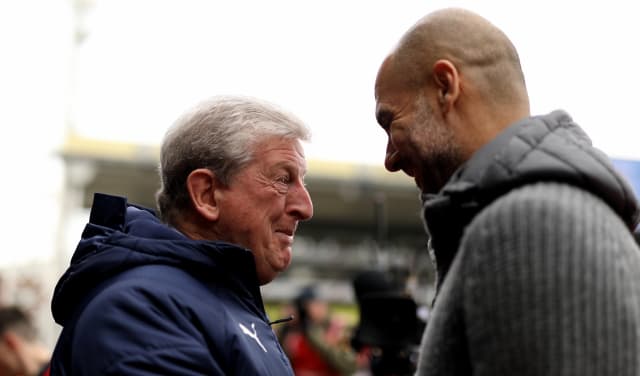 Pep Guardiola says he is unlikely to emulate Roy Hodgson’s longevity as a manager.

The Manchester City boss will pit his wits against the veteran Crystal Palace coach in the Premier League on Saturday, the day of his 49th birthday.

Guardiola has enjoyed phenomenal success in a 12-year managerial career to date with Barcelona, Bayern Munich and now City.

That is likely to ensure he will be in demand for many years to come but, while he is not ruling it out, Guardiola does not expect to stay in work for as long as 72-year-old former England manager Hodgson.

“If I still like it and I have offers, and I have passion, and I’m still enjoying it and the people I am living with on and off the pitch, and I’m comfortable,” the Catalan said in response to a question.

“I didn’t say I’m going to retire next week or next year but I don’t think at that age I’ll be a manager, but I don’t know.

“I think when you are training at 72 it is because you are bored at home! That must be the reason why, but it is so addictive. It’s nice, our job.”

Guardiola, who took over at City in 2016 and is contracted for another year, has other interests away from management that he may pursue in later life.

He said: “I think the important thing when you retire is to have curiosity to do another thing. When that happens it’s not a problem.

“The problem is when, if all your life you’ve done that and don’t have curiosity or other interests to do anything else, then you are at home with nothing to do.

“But if you want to travel or do another thing… I am interested to do other things and when I am not a manager I will do them. But right now I enjoy doing this and I would like to continue here.”

Guardiola has been impressed with the work Hodgson has done at Selhurst Park.

He said: “Of course I admire him. It’s incredible he’s got the passion to be a manager at his age. He’s doing really well.

“We cannot forget the situation when he took over at Palace. I think they had zero points and everyone considered them relegated. Instead of that he did an incredible job.

“It’s a pleasure and an honour for me every time we face him.”

Guardiola said: “Every game you can win or lose but we’ve played a lot of games against Crystal Palace and we have lost just one. We have prepared for the game as best as possible to win another game.”

City go into the game on the back of a 6-1 win at Aston Villa which, it has emerged, the players celebrated by holding a party.

Guardiola said the function took place with his knowledge: “I knew it. When they have time they make a lot of dinners together with staff or alone. They do it many times.

“I like it when they are together outside of here. They do it at home sometimes or sometimes in restaurants, as in this case. So it’s nice.”