Moyes: I held talks with Everton before joining West Ham 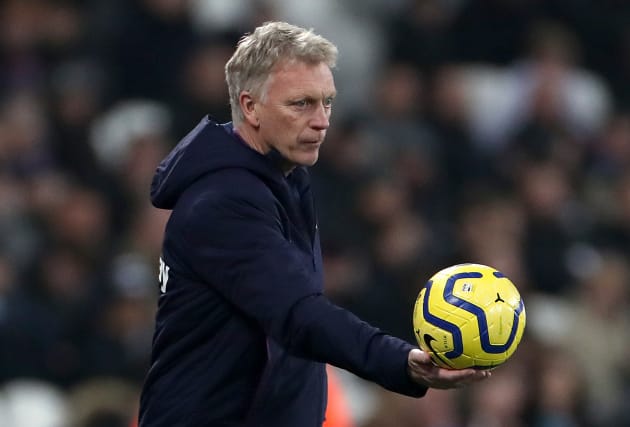 David Moyes has revealed he could have been in the away dugout when West Ham host Everton on Saturday.

The Scot confirmed he held talks with Everton before accepting the offer to return to the London Stadium as Hammers manager.

Moyes, who managed Everton between 2002 and 2013, was a contender to replace Marco Silva at Goodison Park following his sacking in December.

However, the Toffees appointed Carlo Ancelotti instead, and a week later Moyes was parachuted back in by West Ham after they axed Manuel Pellegrini.

Moyes spent seven months in charge at West Ham two seasons ago but, despite saving them from relegation, did not have his contract renewed by owners David Sullivan and David Gold.

“It was something which sometimes you’re glad because I think the owners had been big enough to say, ‘come back’, and I admired them very much because sometimes it’s a hard thing to do.

“I’ve got to say, I always hoped I’d get an opportunity to come back and finish the job. I feel as if I had really just got started.

“If you look at our results, we’d beaten Everton in the last game of the season, we’d drawn with Manchester United, we’d won at Leicester the Saturday before –  we had just started to get a bit of momentum.

“So I have to get back to that level where it was 18 months ago as well. It may take time but I really wanted to get a chance to do it at West Ham again.”

West Ham have fitness doubts over Felipe Anderson and Arthur Masuaku. Goalkeeper Darren Randolph will make his second debut for the club after rejoining from Middlesbrough, with Lukasz Fabianski out for a fortnight.