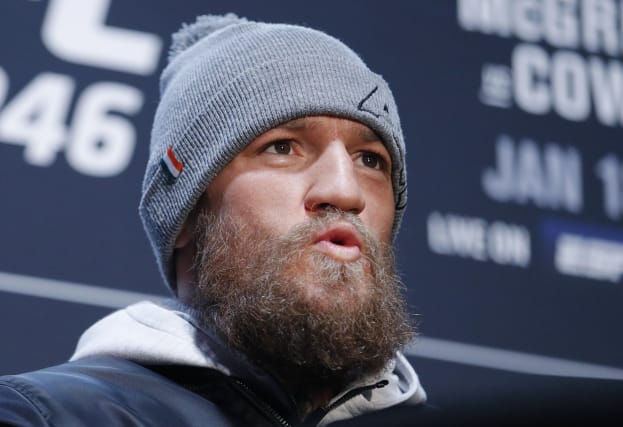 Conor McGregor has drawn a line under his past accomplishments, insisting there can be many more more memorable nights if he gets past Donald Cerrone at UFC 246 in Las Vegas.

McGregor is one of only a handful of fighters to have won UFC belts in more than one weight class, while he became the first in the company to hold two titles simultaneously when he added the lightweight strap to his featherweight crown in November 2016.

Fame and fortune have followed since a crossover bout against boxing superstar Floyd Mayweather but his star inside the octagon dimmed after losing to bitter rival Khabib Nurmagomedov 15 months ago.

A number of legal issues away from the mixed martial arts world have dogged McGregor since then, but the Irishman remains the UFC’s biggest draw and claims he has learned from his mistakes and is fresher than ever.

He said in quotes on the UFC’s official website: “I broke the game before I was even 30. But that’s the past. I’m focused on the present, focused on creating many more magical moments inside the octagon.

“Everyone always says ‘when are we getting the old Conor back? We want to get the 2016 Conor back’. I’d smoke that guy. I’m in a great fighting state of mind.

“I’ve had many iconic moments and many great moments and that came through commitment and consistency and constant hard work.

“And then when you come back in, you’re not as sharp or as up for it, and it’s a slippery slope.”

The defeat to Nurmagomedov on an acrimonious night in Sin City has been McGregor’s only MMA bout in more than three years, but he wants to show his comeback against Cerrone is no one-off.

“Activity is what I plan this year.”

Should he get past his veteran American opponent in their welterweight encounter at the T-Mobile Arena, McGregor is planning to fight at least twice more this year.

However, the weight class and opponent is irrelevant for McGregor, who added: “It can be Jorge (Masvidal), it can be Kamaru (Usman), it can be the Khabib rematch, it can be Tony (Ferguson), it can be Justin (Gaethje).

“There’s a whole host of brilliant names. It could be Max (Holloway). I don’t care. Activity is what I’m after.”