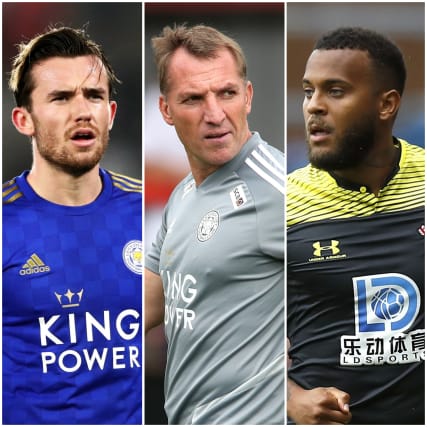 RyanBertrand could swap Southampton for Leicester as Foxes manager Brendan Rodgers looks to life after BenChilwell, reports the Daily Mail. Rodgers is looking for a potential replacement for Chelsea target Chilwell and the Saints left-back may fit the bill.

The ongoing saga around BrunoFernandes and his move to Manchester United rumbles on, reports the Daily Mirror. The paper says the club have agreed personal terms with the Sporting Lisbon midfielder and a move is close, but reports from Portugal suggest the Portuguese club want £55million up front which may be a stumbling block.

Matthijs De Ligt, subject of interest of several top European sides, will not leave Juventus until summer 2021, the Daily Mail says. The paper says the Serie A side would face a financial penalty if they sell the Dutchman.

West Ham have not given up hope of signing RossBarkley despite Chelsea turning down an inquiry, the Daily Mirror says. New Hammers boss David Moyes is keen on a reunion with the former Everton man, but the Blues want to keep the England international.

Bruno Guimaraes: Brazilian side Athletico Paranaense may look to start a bidding war between Arsenal and Benfica for their 22-year-old midfielder, according to A Bola.

Thomas Lemar: The French winger is looking to stay at Atletico Madrid despite interest from Chelsea, Arsenal, Tottenham and Wolves, reports Le 10 Sport.

Leroy Sane: Manchester City want to retain the German who has been linked with a move to Bayern Munich, says Metro.