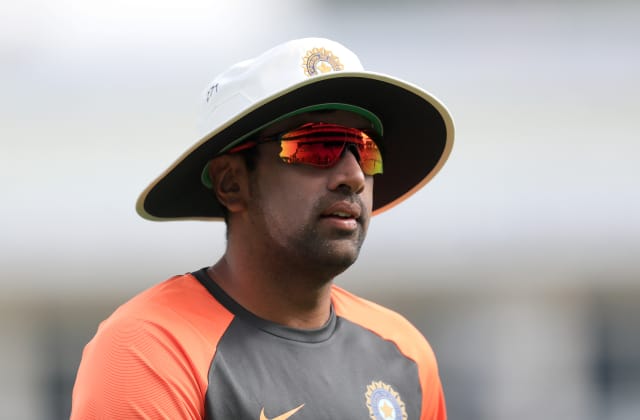 Yorkshire have signed India off-spinner Ravichandran Ashwin for the majority of this season’s Specsavers County Championship.

With South African Keshav Maharaj playing the first two Division One matches, the White Rose were on the lookout for a frontline slow bowler for the rest of the campaign.

Ashwin has answered the call and will be available for a minimum of eight championship games, arriving at Headingley after his Indian Premier League commitments and a seven-day rest at the request of the Board of Control for Cricket in India.

The 33-year-old will become the latest Indian to represent Yorkshire, following in the footsteps of Sachin Tendulkar, Yuvraj Singh and Cheteshwar Pujara.

Ashwin told yorkshireccc.com: “I’m thrilled to be joining Yorkshire, a club with a wonderful history and a fantastic fan base.

“I think our team looks extremely talented with some superb pace bowlers and exciting batsmen. Hopefully my role as the spinner will be a key feature in helping the team achieve success.

“Headingley has always been a fantastic venue to play at. People speak about the overhead conditions playing a big part so let’s hope for plenty of sun.

“My role will be to score runs and take wickets but it will be a collective effort if we are to win the title.

“I know a lot about Yorkshire and to follow in the footsteps of Sachin, who played for the county many years ago, is a wonderful feeling for me.”

Ashwin, also a useful batsman who has represented Worcestershire and Nottinghamshire in county cricket, has taken 362 wickets at an average of 25.36 in 70 Tests for India.

“We’re really pleased and he’s someone we’ve had our eye on for a while,” said first-team coach Andrew Gale.

“With Kesh doing so well last year, it shows the importance of having a spinner who can attack and defend. He can contribute with the bat as well.

“Ashwin ticks every box, he did well for Notts in a team that was underachieving with both bat and ball. To get a guy of his experience in and around the group will be great for us.

“He’s got masses of experience and has done well wherever he’s gone across the world and, like I say, he can attack and defend so will give us nice control in the first innings and then second innings he will come into his own.

“When Ashwin became available we put a lot of work into showing him what we’re all about at Headingley, what direction we’re going in as a group and he was happy to get involved.”