Yerry Mina a doubt for Everton’s trip to West Ham 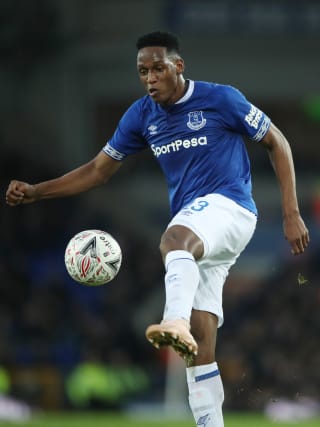 Everton defender Yerry Mina is a doubt for Saturday’s trip to West Ham.

The Colombia international, who was dropped for last weekend’s narrow win over Brighton, has not trained all week after sustaining a knock.

“We have a little problem with Yerry Mina this week – he was not able to train,” manager Carlo Ancelotti told evertontv.

“We have to see in the next few days if he will be available against West Ham.”

There was better news on Alex Iwobi, who has not played since being forced off against former club Arsenal on December 21 with a hamstring injury.

“Alex Iwobi will not be ready for the match. I think next week he will be able to train with us,” Ancelotti added.

However, the Toffees boss is being more cautious with Ivory Coast midfielder Jean-Philippe Gbamin, who has not played since the second match of the season because of a thigh injury which required surgery.

“He is doing individual sessions, he is starting to train. I hope that soon he can train with the team,” the Italian said of the £25million summer signing.

“We have to be patient with him. He is improving fast, but the problem was a big problem, so we have to be careful with him.”