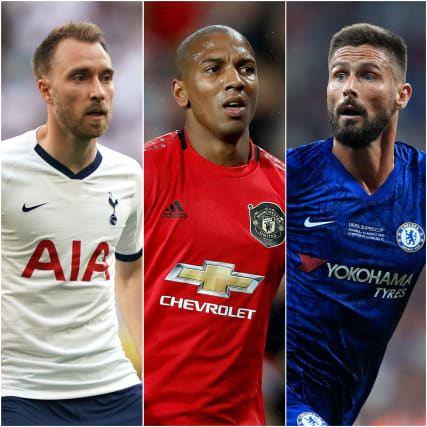 Inter Milan will not stop their spending on Premier League stars at ChristianEriksen, reports the Daily Mirror. The Serie A side are looking to complete the move for the Tottenham man, as well as bringing in OlivierGiroud from Chelsea and Manchester United’s AshleyYoung.

David Moyes is looking for a reunion with RossBarkley as he bids to improve West Ham’s Premier League position, according to the Daily Mirror. Barkley played under Moyes at Everton and the attacking midfielder is wanted by Scot, who was recently appointed for his second spell at the Hammers.

Arsenal are looking to bolster their defence with the signing of Layvin Kurzawa, writes the Sun. The Paris Saint-Germain player becomes a free agent in the summer, but the Gunners will put forward a bid of £6m to land the 27-year-old.

The side will also spar off with rivals Tottenham for the signature of DjeneDakonam, who is currently on the books of Getafe. The Sun reports that five sides are interested in the centre-back.

The list of potential suitors for Bayer Leverkusen’s KaiHavertz continues to grow, with Liverpool offering £107million for the 20-year-old according to the Mirror. Manchester United, Barcelona and Bayern Munich are also keen on the midfielder.

Edinson Cavani: Paris St Germain have told Atletico Madrid to up their bid for the Uruguay striker to £25million from £8.5million, reports Marca.

Greg Docherty: The midfielder, currently on the books of Rangers, is wanted on loan by both Charlton and Sunderland with the 23-year-old preferring the north-east club, says the Northern Echo.

Che Adams: The former Birmingham striker will not be sold over the January transfer window despite not finding the goal since moving to Southampton over the summer, according to the Daily Express.