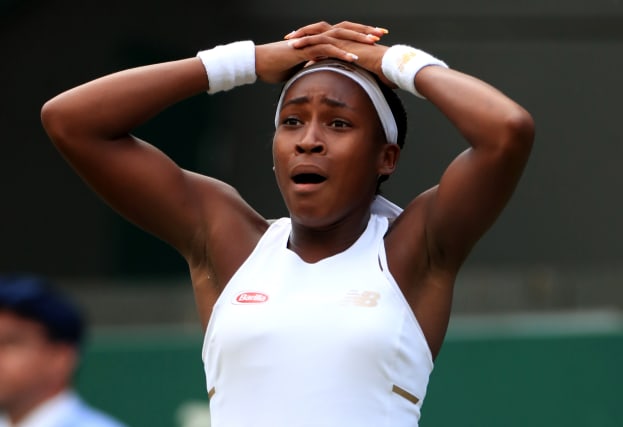 Coco Gauff was sensationally drawn against Venus Williams again in the first round of the Australian Open.

It was victory over Williams for then 14-year-old qualifier Gauff at the same stage of Wimbledon that catapulted the American teenager to global stardom.

Gauff, now 15, has built on her breakthrough brilliantly, winning her first WTA tournament at the end of last stardom to break into the top 100 and earn direct entry to the draw in Melbourne.

Johanna Konta, the highest-ranked British player, is seeded 12th but has been struggling with a knee injury and was given a tricky assignment against dangerous Tunisian Ons Jabeur.

A difficult section could also see Konta come up against Caroline Garcia, Caroline Wozniacki or Dayana Yastremska and, potentially in the fourth round, Serena Williams.

Katie Boulter’s return to grand slam tennis after six months out with a back injury will come against fifth seed Elina Svitolina, while Heather Watson takes on Kristyna Pliskova.

Defending champion Naomi Osaka opens against Marie Bouzkova and top seed Ashleigh Barty, on whom much of Australia’s focus will be, takes on Lesia Tsurenko.

In the men’s draw, British number one Dan Evans has been drawn to face American Mackenzie McDonald.

It was confirmed shortly before the draw that Evans will be the 30th seed for the tournament – the first time he has been among the top 32 at a grand slam.

McDonald, a 24-year-old ranked 132, should represent a good draw and, if Evans can reach the third round, then he has the carrot of a probable shot at defending champion Novak Djokovic.

Kyle Edmund was given a tricky first assignment against 24th seed Dusan Lajovic, fresh from his ATP Cup triumph with Serbia, while Cameron Norrie will take on France’s Pierre-Hugues Herbert.

Djokovic opens against dangerous German Jan-Lennard Struff while Roger Federer, who is in the same half as the Serbian, meets American Steve Johnson.

At the top of the draw, number one seed Rafael Nadal will face Bolivia’s Hugo Dellien.

Nick Kyrgios, promoted to Australian number one following the withdrawal of Alex De Minaur, could be a fourth-round opponent for Nadal, who is scheduled to meet his US Open final opponent Daniil Medvedev in the last four.