Talking Points ahead of England’s third Test in South Africa 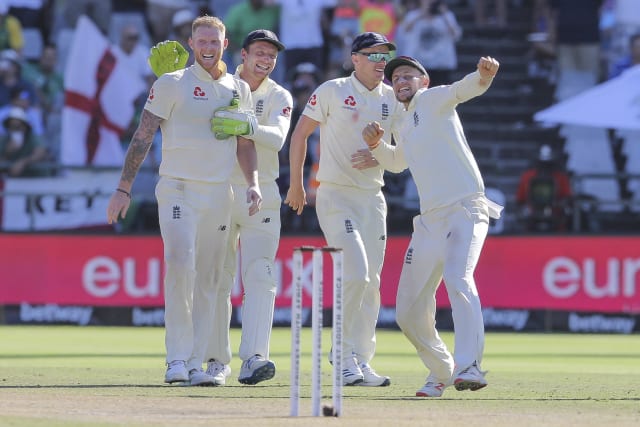 England resume their tour of South Africa when the third Test gets under way in Port Elizabeth on Thursday.

Here, the PA news agency assesses some of the key issues ahead of the game.

Can England get through unscathed?

England’s medical staff have arguably been busier than the players since touching down in South Africa, with Rory Burns, James Anderson and Jack Leach all leaving the tour, Jofra Archer managing an elbow problem and an outbreak of illness at the start to the trip affecting 11 of the squad as well as six of the backroom team. With Mark Wood set to play for the first time in six months following a torn side, can Joe Root’s side get through five days without further problems?

Thousands of England fans jumped at the chance to watch their side play in the beautiful city of Cape Town, lining the grass banks, filling the stands and singing their side to victory so loudly it took some of the South Africa side by surprise. Port Elizabeth is a less obvious tourist destination and the travelling numbers have thinned out considerably. There have been appeals for a big turnout from the local population and, with the famous St George’s Park set to provide their customary songbook, the balance between home and away support should be back to normal.

England are committed to playing a specialist spinner at Port Elizabeth. With Leach unavailable and Matt Parkinson not thought to be ready, that means another chance for Dom Bess. He played his part in the Cape Town victory, holding down an end for long periods while the seamers attacked from the other, but managed only one wicket in each innings. South Africa will have looked long and hard at footage and will surely look for new scoring options this time. If they prove successful England could have cause to rue Moeen Ali’s current hiatus from the Test arena even more than they already do.

There has been a few tasty exchanges between the teams in a hard-fought but generally good-spirited contest. Jos Buttler’s contribution to the sledging canon – a foul-mouthed assessment of Vernon Philander and his waistline – earned him a ticking off from the match referee and also placed him in South Africa’s sights. Anrich Nortje spoke for their bowling group when he said the Proteas would pick their moment to “rev it up” against Buttler.

Another big game for Root

Questions over the England’s skipper’s suitability for the job re-emerged after defeat in the series opener, but he can be pleased with much of what he did to shape the series-levelling win at Newlands. The task now is cajoling his men to back up that performance with another of the same calibre – something that has proved easier said than done in the past. Another win guarantees England cannot lose the Basil D’Oliveira Trophy and, if he was able to contribute big runs to the cause, could be enough to quieten the critics for a time.