Stuart Hogg backed to cope with pressure of being Scotland captain 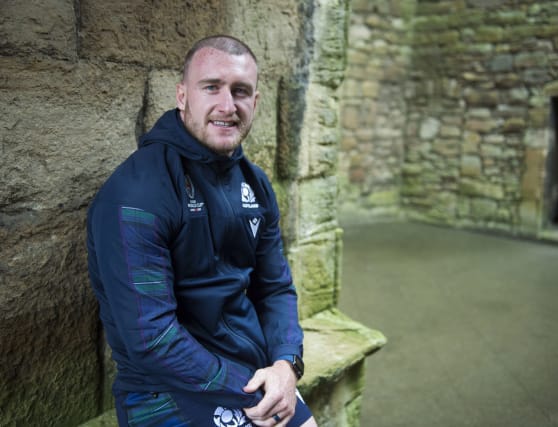 Gregor Townsend has backed Stuart Hogg to shoulder the responsibility of captaining Scotland – after admitting the honour was too much for Stuart McInally.

The Edinburgh hooker led the team out at the World Cup in Japan after being picked ahead of former skippers Greig Laidlaw and John Barclay but struggled under the weight of the role.

So much so, he was even dropped for the final pool match against the hosts as the Scots went on to suffer a humiliating early exit.

Townsend admits the extra duties involved in skippering the Dark Blues took their toll on McInally.

However, the head coach has been encouraged by the enthusiasm Exeter star Hogg has shown since first being offered the top job.

With Barclay and Laidlaw now retired form international action, the 71-cap full-back with two British and Irish Lions tours under his belt is the most experienced member of the 38-man squad Townsend has named for this year’s championship, which the Scots start in Ireland on February 1.

Townsend said: “Stuart was obviously a very strong candidate given his experience, his leadership ability and his desire to do the role, which was a big positive because it can be challenging.

“I met him a couple of times to go through how he would captain the side, what he would do in the build up and to handle certain situations.

“I was impressed by his answers and the thought process that he’s gone into.

“He’s a mature player in terms of what he contributes. He’s very consistent and really passionate about Scotland, about playing for the jersey and helping the team win.

“To me he’s going to do a good job. He’s going to be supported with some experienced players around him. He’s going to work to bring the best out of them and we’re looking forward to seeing how he goes.”

McInally took six weeks off in the wake of Scotland’s failed World Cup campaign, later admitting the mental strain of carrying the nation’s hopes left him “never wanting to think about rugby ever again”.

But Townsend believes relieving the forward of the burdens of leadership can help him rediscover his best form.

“It was a tough decision to make with Stuart McInally not starting against Japan and not to be captain,” he admitted. “But he and I had been meeting regularly during that period and he hadn’t been playing to his best.

“We felt that was because of the new responsibilities and pressures of being captain.

“The most important thing is that whoever is captain plays well and are able to play well.

“Stuart has been one of our best and most consistent players and trainers for the last two or three years and wasn’t able to get to that level during the World Cup.

“We want to make sure that doesn’t happen again and we think a different captain will enable him to focus on his game.”

Townsend found his own position under scrutiny after his side failed to make the quarter-finals and he admits improvements are required next month.

“We just want to be better,” he said. “We want to be more consistent, we need to be tougher to beat and we know that.

“But where we feel we can beat teams is around our effort, our skill, our speed and some of the players that are coming into our group now help us even more to achieve those goals than before.

“We have backs who are playing really well in attacking rugby, we have forwards who are ball-carriers with really explosive ability.”