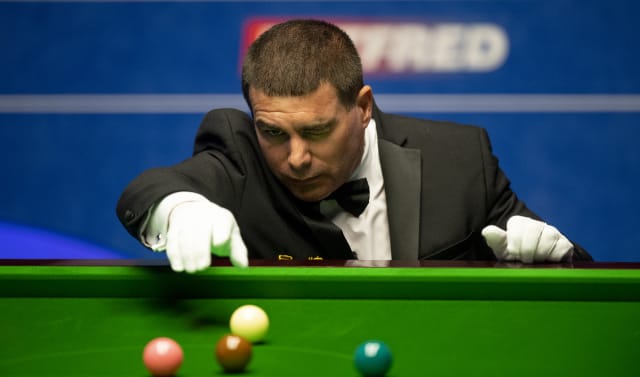 Snooker referee Ben Williams felt the wrath of a wasp at the 2020 Masters after attempting to remove it from the Alexandra Palace arena.

Williams stepped in during the fifth frame of the first-round match between Jack Lisowski and Kyren Wilson when the latter was disturbed by the barbed insect at the table.

Williams grabbed the winged intruder with his gloved hand, but was stung immediately and received medical assistance at the end of the frame.

Wilson offered the official a hug after the incident, and went on to win the frame to lead his opponent 3-2 in the best-of-11 match.