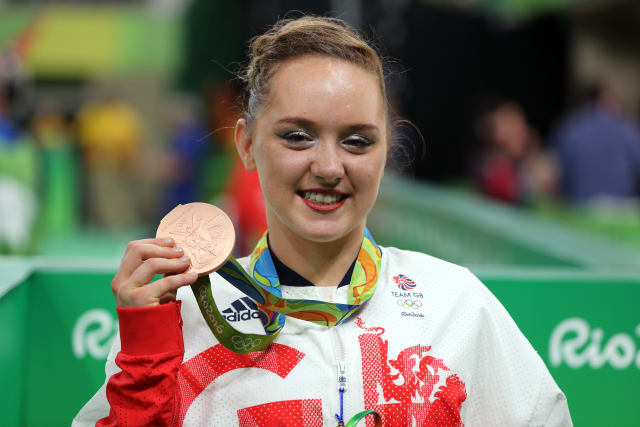 Amy Tinkler, who won a bronze medal at the 2016 Olympic Games, has announced her retirement from competitive gymnastics.

Tinkler was the youngest member of Team GB in Rio when aged just 16, and finished third in the floor exercise behind American duo Simone Biles and Aly Raisman.

Following Beth Tweddle, her achievement saw Tinkler become only the second British woman to win an Olympic gymnastics medal and the first on the floor.

The 20-year-old said in a statement: “When one door closes, another one opens. Thank you to the gymnastics community, you’ve been my whole life and this is not goodbye.

“In the short term, I’m excited to try new opportunities, especially in an Olympic year like this one where I know Team GB will again capture the nation’s attention by delivering a fantastic performance in Tokyo.”

Tinkler was also part of the British squad which won team bronze at the 2015 World Championship in Glasgow and went on to claim the individual title at the 2016 British Championships.