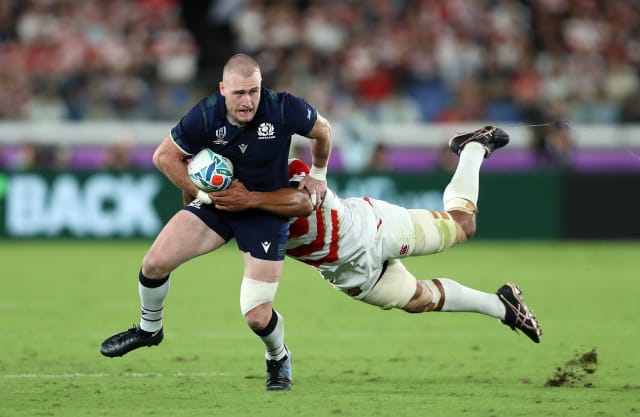 Stuart Hogg has been appointed as the new Scotland captain for the Guinness Six Nations, the Scottish Rugby Union has announced.

The Exeter full-back takes over from Stuart McInally, who led the team out during last year’s disappointing World Cup campaign.

With 71 caps, the two-time British and Irish Lion is the most experienced player in the 38-man squad named by Gregor Townsend for this year’s championship, which start for Scotland with a trip to Dublin on February 1.

McInally was given the armband ahead of former skippers Greig Laidlaw and John Barclay as the team flew out to Japan.

But the Edinburgh hooker had a disappointing tournament and was left out of the starting line-up as the Dark Blues saw their hopes of reaching the quarter-finals evaporate with defeat to the hosts in their final pool match.

Laidlaw and Barclay have since announced their retirements from international action and Townsend has now decided it is time for Hogg, one of only two genuinely world-class operators in his squad along with Finn Russell, to take over.