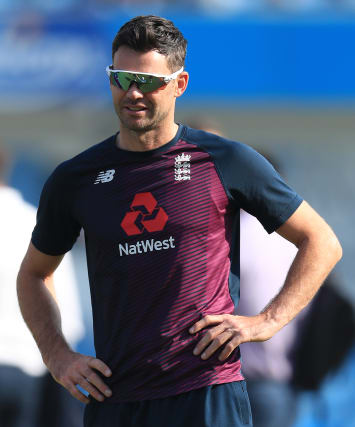 James Anderson has not ruled out being fit for England’s two-Test series in Sri Lanka in March despite leaving South Africa early with a broken rib.

England’s leading Test wicket-taker admitted the injury he sustained during the second match in Cape Town last week left him “in the most pain I’ve ever been in on a cricket field.”

But speaking on his BBC podcast ‘Tailenders’, the 37-year-old said he was intent on targeting a return to the squad in time for selection for Sri Lanka.

Anderson said: “I’m not ruling out being fit for the Sri Lanka trip.

“Obviously I’m absolutely devastated not to be part of the last two Tests, especially having bowled really well in the second Test.

Anderson said he had “felt pretty good” on the final morning of the Test, but began to feel something when he took the new ball just before lunch.

“I was in the most pain I’ve ever been in on a cricket field,” added Anderson. “I couldn’t pull through properly. It was hurting every time I bowled, so I knew there was something not right.

“I was saying to Stuart Broad ‘I think there’s something really wrong here’. I thought I’d ripped a muscle off the rib, so a broken rib isn’t the worst outcome.”

Inevitably Anderson’s latest injury setback has raised new questions over his longevity in the international game, after he was forced to miss much of last year’s Ashes with a calf issue.

But the Lancastrian has shown no indication that he is ready to step back as he looks to continue improving his all-time record tally.

Anderson, who has taken 584 Test wickets, added: “I know a lot does get talked about as you get older, but it’s more knowing within yourself.

“I thought I could still do it, but you don’t know unless you do it on the field.

“That will help me through the next few weeks, knowing that I want to come back stronger and still play a part in this England side.”