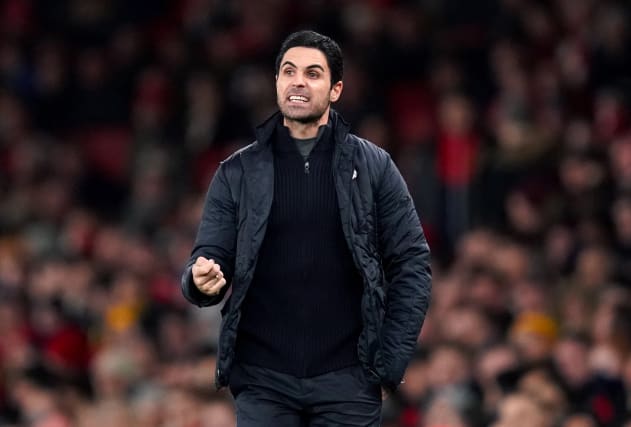 Arsenal are still considering a warm-weather training camp in the Middle East with head coach Mikel Arteta insisting the club will listen to any relevant security advice before travelling.

Manchester United were reportedly close to heading to Qatar during their own two-week break, a new step introduced for all by the Premier League this season to ease fixture pile-up following the festive period.

But, speaking earlier in the week, United manager Ole Gunnar Solskjaer revealed growing political tensions in the region mean he will now instruct his resting players to stay closer to home.

“I am going to give them a few days off. I don’t know where they will all scatter around but we will stay in Europe,” he said.

“If there is one thing that worries me it’s not on the football pitch, there are other things that worry me more than football.

“We were looking at the Middle East but that is definitely not going to happen.”

With the two-week breaks staggered to ensure there is still Premier League football every weekend, Arsenal are set to play at Burnley on February 2 and return to action at home to Newcastle on February 16.

During that time Arteta – appointed as Unai Emery’s successor in December – is keen to get away with his squad and did not rule out a trip, with Dubai believed to be under consideration.

“We talked about different options in this break to go away and live together a bit in a different environment with better weather conditions and a little bit away from here,” he said when asked about Manchester United’s aborted plans.

“We still have a few things to look after from a club perspective and when we know all that we will confirm what we are doing. But at the moment we have two or three different options.

“The security decision will be the priority. If we are advised by the club and the people making those decisions that it’s not safe we won’t be going anywhere.”

The chance to travel may not even arise for the Gunners should they draw their fourth-round FA Cup tie at Bournemouth on January 27.

The replay would be scheduled during their current down-time, with Arteta critical of the call and the constant physical demands placed on players.

“We know where the priorities are with the fixtures, and the priority at the moment is not to protect the players and have everybody with the same condition,” he added.

“So we could change from one scenario to the other, which is a little bit bizarre, but we cannot.

“With the amount of games that we have to play every year after it’s not realistic because if you keep going through in the cups there are no dates to play that many games.

“So at some stage they are going to have to do something that’s probably not fair to the rest of the competition.”